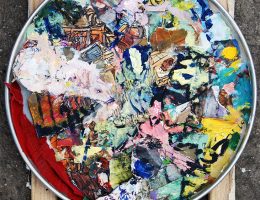 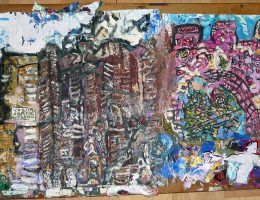 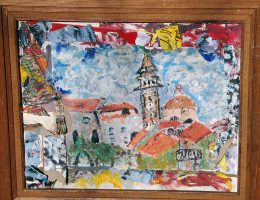 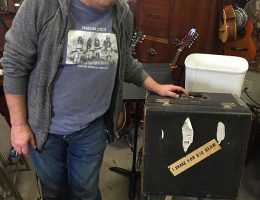 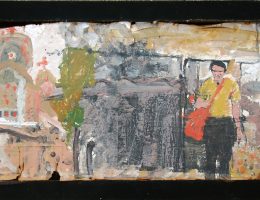 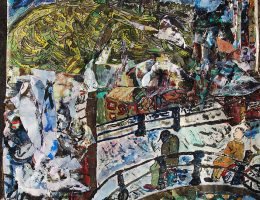 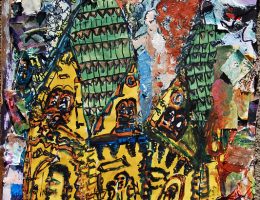 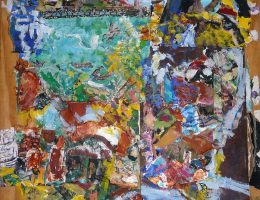 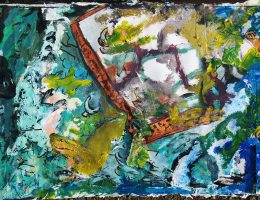 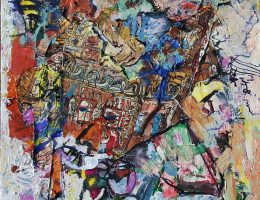 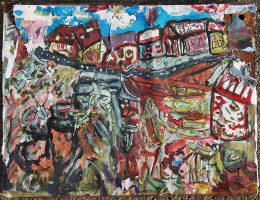 These works made their public premier in 2016 at the "At Home Gallery" in Greensboro NC.

Eugene Chadbourne (Doc Chad) is a world famous musician whose amazing guitar works in experimental rock, jazz, country, folk have seen him innovate and collaborate with the likes of Camper Van Beethoven, John Zorn, Aki Takase, Jimmy Carl Black, and the Violent Femmes and many others. Eugene is a music lover who listens to the world with an open mind, which is reflected in his sets. A typical one could include the music of Thelonious Monk, Eric Satie, Merle Haggard, Phil Ochs along with his own. It is not a repertoire customarily heard in New York's The Knitting Factory or the avant-garde festivals of Europe, but Dr. Chad has made it so.

In his world travels he has created artistic vision in many forms. The gallery is pleased to represent his other artistic passions beyond music.

These works include painting and sculptures and items that meet somewhere in between. Imagery is often based on travel experiences while objects involved in creating the works are nothing less than the detritus of this musician's existence, collected sometimes over decades.

Thanks to Michael Smith for his assistance & the photography.