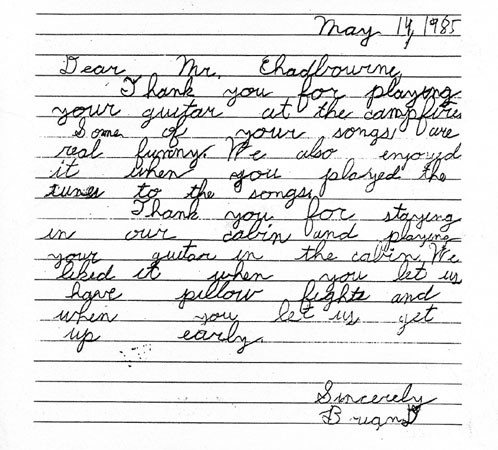 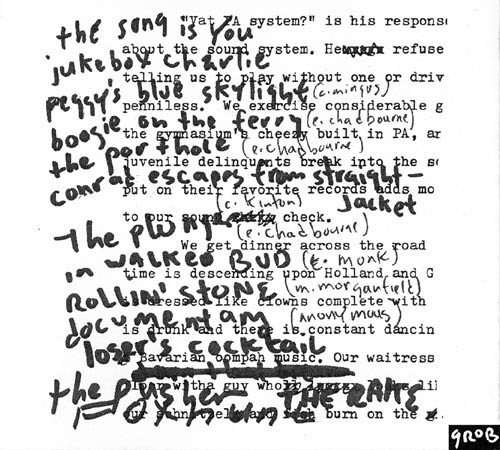 All solo recording, originally released in a limited edition on the German label Grob.

Any Other Suggestions? is a very good, although not fantastically recorded solo collection by Eugene Chadbourne. It first came out in 1999 on the German label Grob, in a limited edition of 100 CD-Rs. The musician's own home label House of Chadula reissued it in 2001. The material was recorded in many unspecified places over a 15 year period, but once the tracks are put together they just sound like a typical Chadbourne solo set. He plays a few jazz standards (Monk's "In Walked Bud," a tortured rendition of Mingus' "Peggy's Blue Skylight") and some country-tinged songs of his own ("Jukebox Charlie," "Loser's Cocktail"). He also introduces his favorite toys at the time: "the porthole," "the plunger," and the feared "rake," all home-built electrical devices producing an awful (but entertaining) amount of noise. Add an ounce of stage craziness (a straight-jacket escape trick) and a phony field documentary, and you get a very decent solo live the likes of which Chadbourne had not released in quite a while. The Doctor produced this album the same way he puts his home recordings together: edits are crude, the tape recorder fails a couple of times, and sound quality is far from hi-fi (although it does not get in the way of the listener's pleasure). In short, Any Other Suggestions? contains a little something for every Chadbourne fan and can even fill the duties of first-contact experience. Recommended.
- AllMusic Review by François Couture