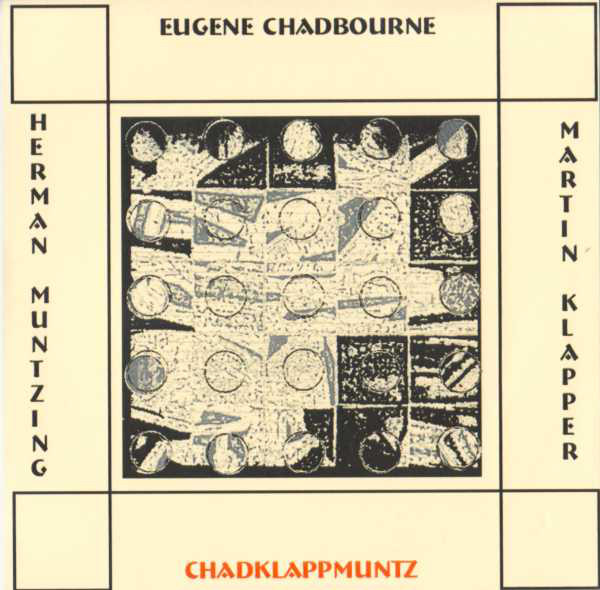 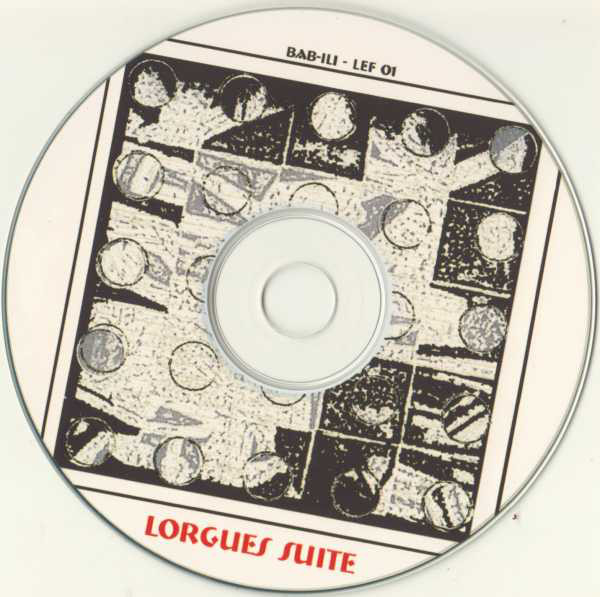 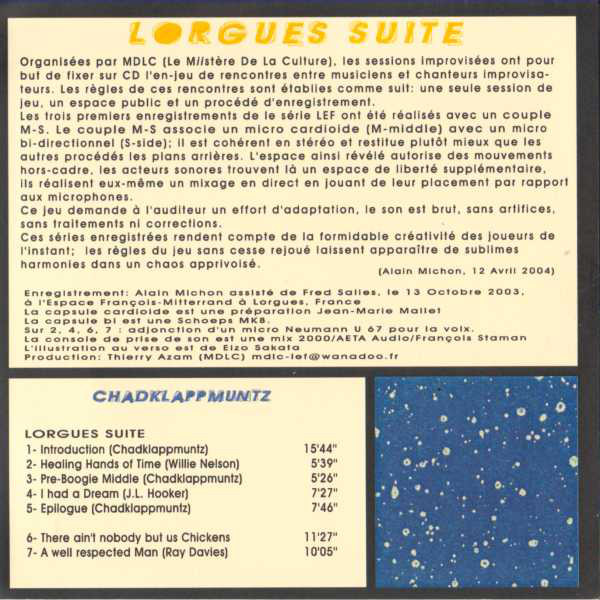 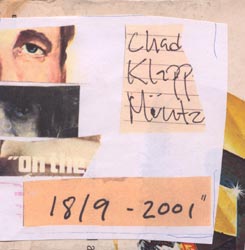 "Recorded in Stockholm exactly one week after Osama Bin Laden's meisterstucke.  Martin Klapper is one of the Doc's favorite players, manipulating an arsenal of toys and motors with cheap electronic amplification. The Swedish Herman Muntzing has built several strange home-made instruments that join in the excitement.  Lots of great noise improv but also some song material including John Lee Hooker's "Nobody To Talk To" and a version of "Dock of the Bay" that will make Michael Bolton gulp a handful of acid hits!  We hope." -House of Chadula 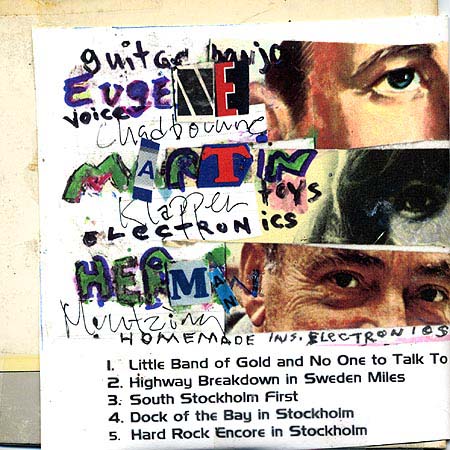