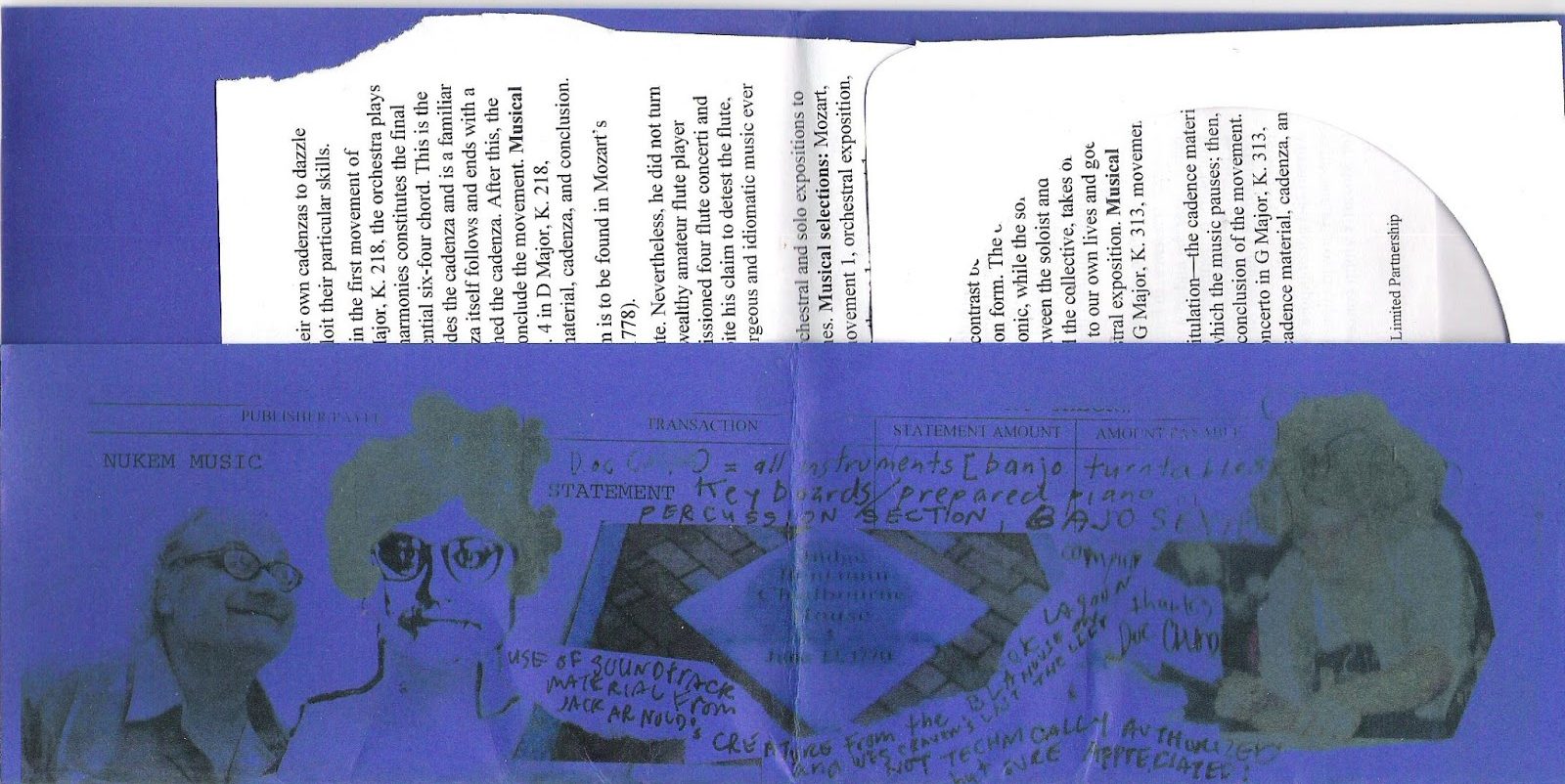 The third part of the Concertos series is to be placed in the Fluid Mechanics category. The doctor explores the flow of consciousness, its structure, its secret entanglements. The listener finds himself caught in rather slow but inexorable rapids. A strong current magnetizes the whole disc, to be classified in the ambient category, an ambient liquid and full of chatter / hirsute quotations of discs heteroclite, aggravated by unexpected interventions, mixing, fiddling, banjoïsmes and percutations. Chadbourne embroidered around the theme of his song "Put me back in the river" and we put back there without buoy. A pasty river, slightly precipitated, like a sauce under maizena, but incredibly refreshing. It smells of mint, hemp and dobro, the bottom of sauce having been previously heated to white, then savagely deglazed with lysergic acid. The doctor sports on the soft banks in the company of giacomettic nymphs, blowing in the simple apparatus of a tibia, then plunges into the broth, fishing with sounds, entangling in his net and fishing himself, atom by atom, in the inexhaustible dip of his studio psychad. A bucolic disc, which smells good the vortex.