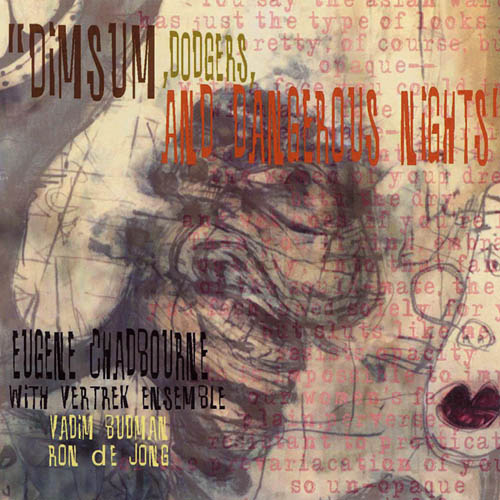 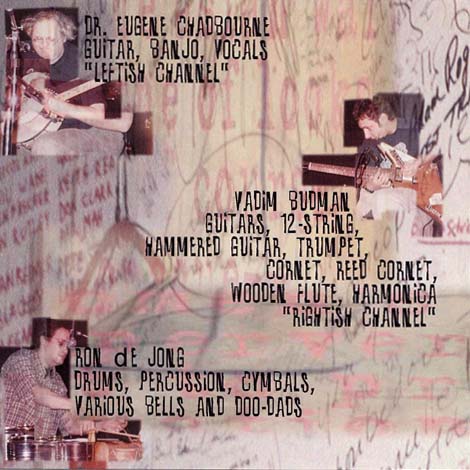 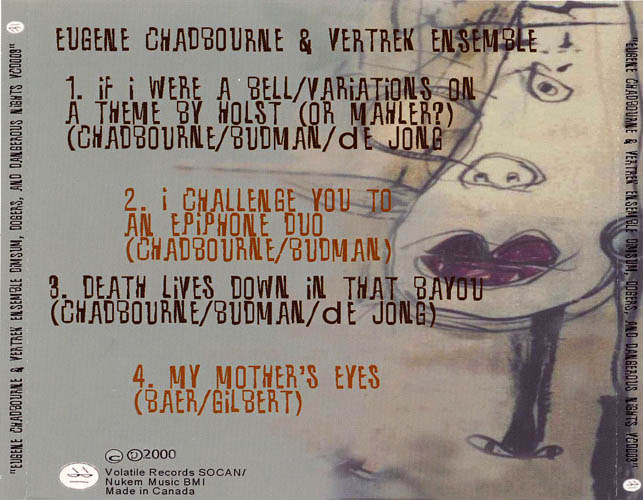 The most suitable collaborator for the Vertrek Ensemble (Ron de Jong on percussion, Vadim Budmanon guitars and trumpet) is Eugene Chadbourne. Of course, there is the fact that Chadbourne lived in Edmonton (Alberta, Canada), Vertrek's hometown, for a few years in the '70s, but that has nothing to do with the music. What does is this duo's strongly Chadbourne-influenced conception of free improvisation, always standing on the thin line between genuine art and anything goes. So the doctor came back to Edmonton, 25 years after moving back to the U.S.A., for a concert and a recording session with these two young improvisors who already had two albums out, one of them, Departures, recorded in London with Derek Bailey.

But the first difference between these two collaborative projects is that Dimsum, Dodgers and Dangerous Nights is billed to Chadbourne and the Vertrek Ensemble. Chardbourne's name is not first just for fun -- while Departures sounded like the Vertrek Ensemble playing with Bailey, this one feels like a Chadbourne-driven record right from the start. That is not to say that Budman and de Jong are buried under the man's talent; both of them shine throughout, but from the opening rendition of "If I Were a Bell" (de Jong makes very good use of his array of bells on this one), the atmosphere is set and it becomes clear that both parties are on the same wavelength. The overstretched improvs found on Another Idea of North are replaced by an inspired meeting -- improvs are still long, but they don't feel like it. Budman's shyness in front of Bailey is gone and this time he challenges Chadbourne to a guitar duo ("I Challenge You to an Epiphone Duo"). The album ends with a solo Chadbourne tune taken from the live performance and rounds up what must have been a very enjoyable meeting.
-
AllMusic Review by François Couture