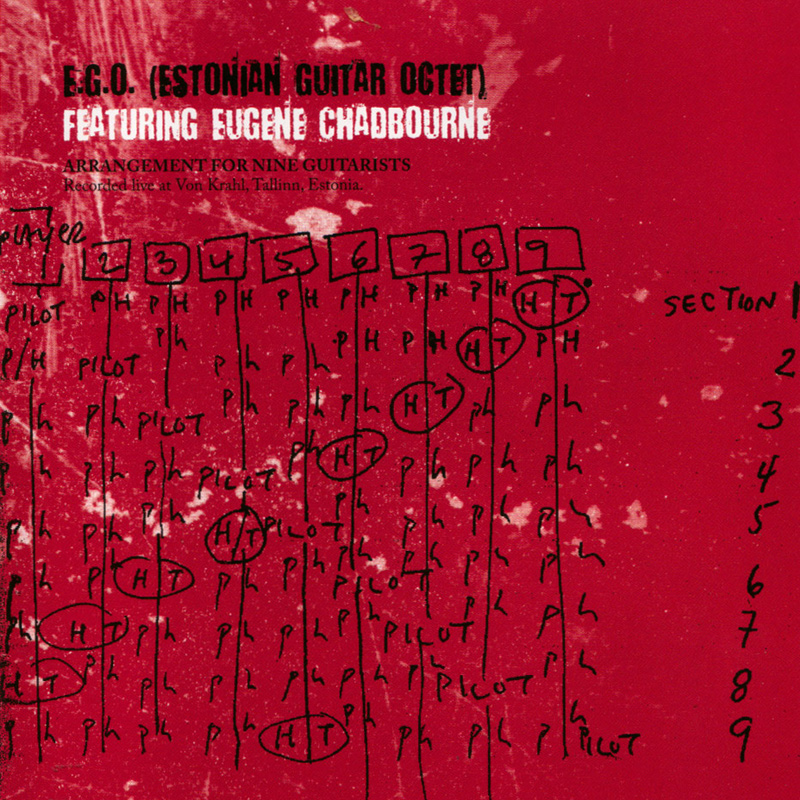 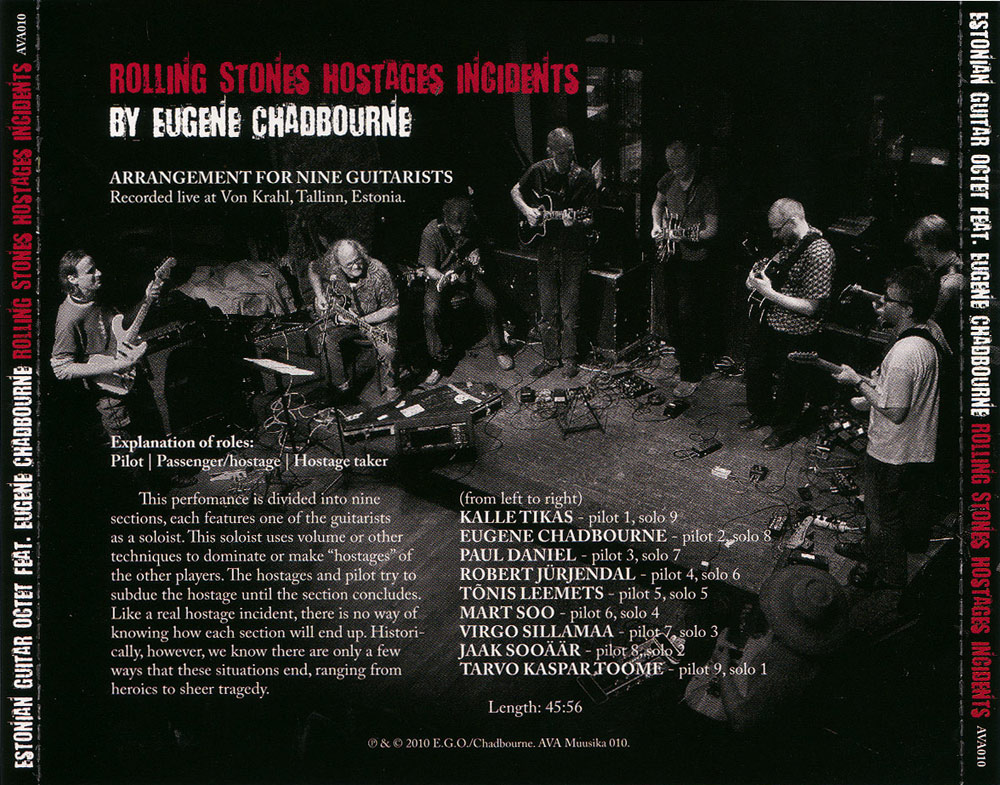 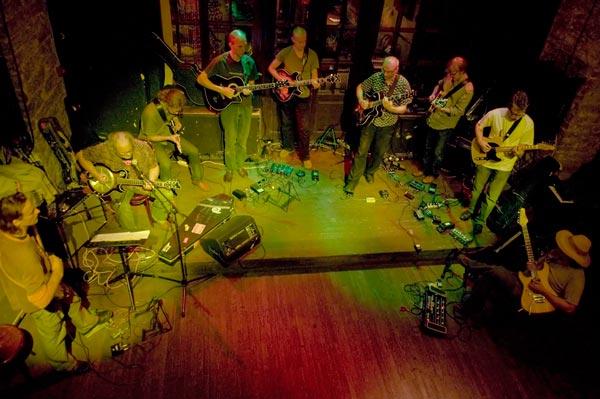 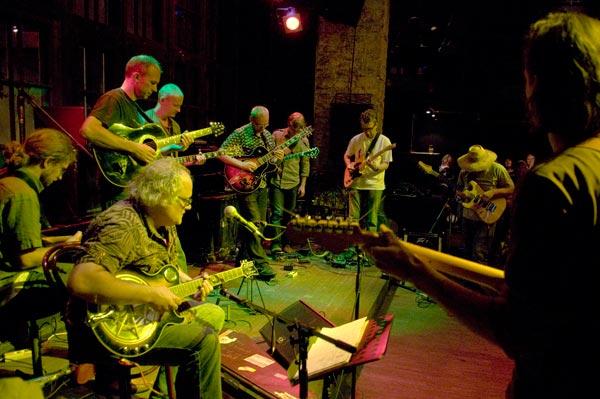 
Eugene develops an idea initiated in the cover of " Wild Horse "(album LSDC & W) exploded in multiple guitars. Presented as an "arrangement for 9 guitarists" (Chadbourne + Estonian Guitar Octet), the performance is divided into 9 sections, each in a fight between a solo guitarist taking the rest of the group and his leading driver. For weapons an arsenal of riff drawn in " Jumpin 'Jack Flash ", " Street Fighting Man ", " The Last Time ", " Gett off My Cloud..., becoming improvised material filtered to the kaleidoscope, kneaded by changes of gear and effects pedal turns. From rolling completely stoned amassing mosses and hallucinogenic mushrooms, which at times would resemble unprecedented sessions of Pink Floyd or Soft Machine great era (?!). Undoubtedly one of the most striking projects of the Doctor "Voldergeist" Chadbourne who pokes at the Brian Jonestown Massacre. 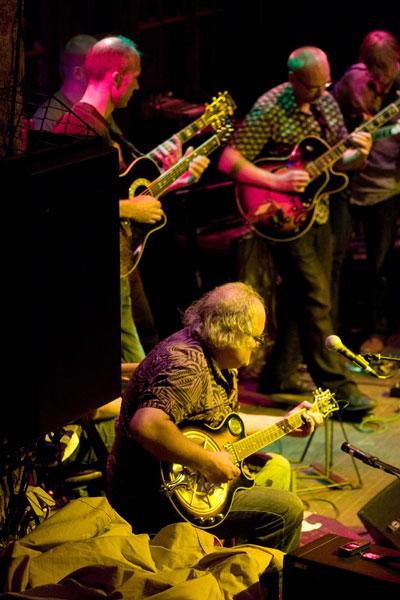