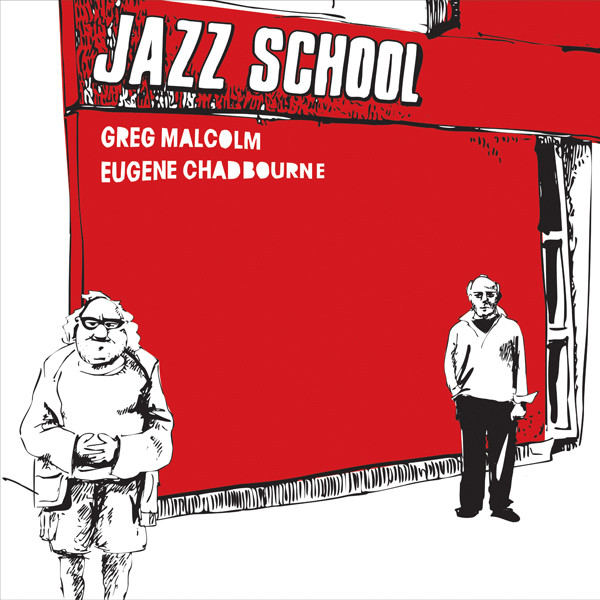 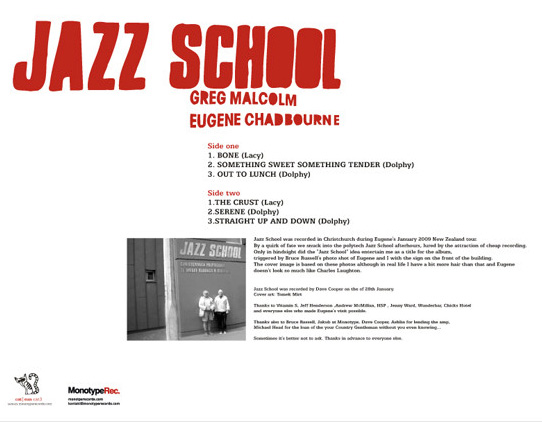 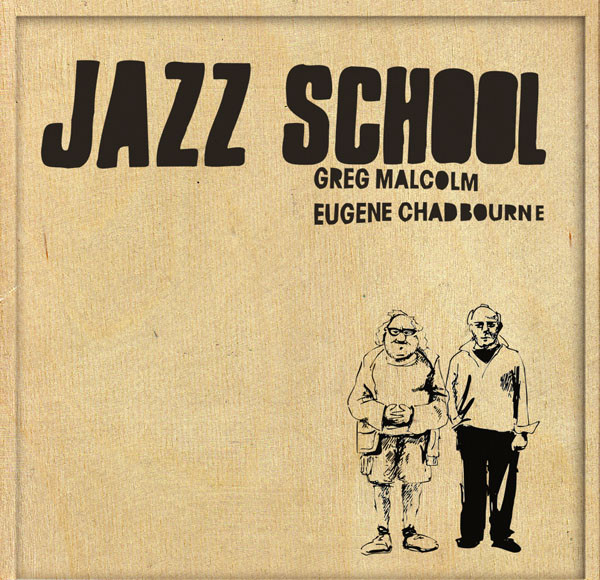 "Jazz connoisseurs will be maybe tempted to associate the title of this record to the first output by Eric Dolphy with Charles Mingus, entitled Jazz Workshop, especially when they'll discover Greg Malcolm and Eugene Chadbourne - two talented musicians sharing an obsession for lo-fi experiments with an impressive musical career, being the easy-going Eugene (aka Doc Chad) the collaborator of embarrassingly long list of renowned musicians such as Jimmy Carl Black, Aki Takase, John Zorn, The Violent Femmes, William S. Borroughs, Camper Von Beethoven and many others as well an appreciated and funny popularize and essayist (have a look to his imaginary diary describing his travels with Shockabilly in 1984 as well as his funny autobiographical guide entitled I Hate The Man Who Runs This Bar, a really humorous collection of insights on his 20+ yrs career) and Greg Malcolm one of the most eccentric (and not so bald like the cover image, inspired by some snapshots of Eugene, made by Bruce Russell, could suggest!!!) guitarist exploring funny ways to play simultaneously different guitars in order to build drones and rhythms on guitar melodies. Not the usual John Does, folks! - proposed a sort of remodeling of Dolphy's great first and only solo-album on Blue Note, that fantastic Out Of Lunch!, considered one of the most important and influential masterpiece coming from one of the most revolutionary 60ies jazz legends. As I always admire jazz musicians which tried to come off the track of the canons and standards as it was Eric Dolphy as well as Steve Lacy - two emblematic re-treatments introduce both sides of the record - this release aroused my curiosity in order to feel how they re-arranged in a bizarre way some of the recordings, which were unusual by themselves.

Those wacky chords as well as dissonant notes in the melodic line in the most feverish passages mark an highly imaginative lo-fi approach to the composition since the very first seconds of the recording and during the performance of Bone, you could easily imagine all the played notes hopelessly dangling on the chords of the guitar with a noisy shove and funny slides, the musicians let them ruinously headlong on the stove! I'm delighted by the idea that the metronomic tickling which could be heard in the funny make-up Greg and Eugene propose almost like fuzzy precepts for a forthcoming jazz school, being the title of this album - entirely recorded at the renowned Polytech Jazz School in Christchurch during Eugene's January 2009 New Zealand tour - inspired by a sort of divertssment as well as by the attraction of cheap recording, was added just to give voice to the 'poli-handed' will return clock depicted on the cover of the original Dolphy's release on Blue Note! My personal favorites track of the album are those where the bluesy vein pulses strongly such as "Out To Lunch", "Something Sweet, Something Tender" and the sneaky obliquity of "Serene" as well as the contract between the lulling acoustic guitar and the strident 'voice' of the electric guitar before the funny set of effects (it's funny when Greg scratches the chords in a way transmuting the guitar in a sort of hoarsed duck!!!) merging the above-mentioned contrasting elements in Straight up and down - a collection of lo-fi experimental miniatures you'll easily enjoy even if you're not a jazz lover! A 12" limited deluxe edition (just 30 copies) housed in wooden box with additional 3"cdr and T-shirt is also available!"-Vito Camarretta [Chain D.L.K., June 03, 2010]