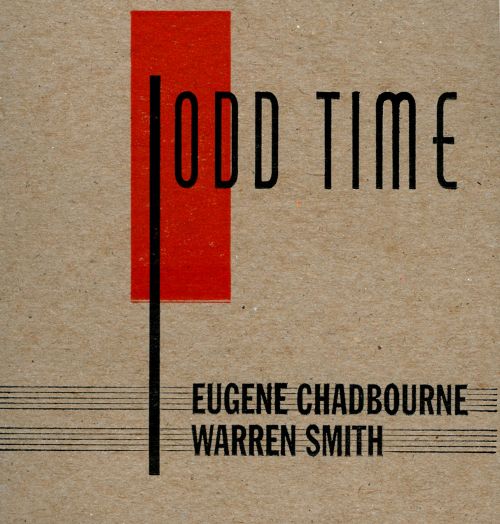 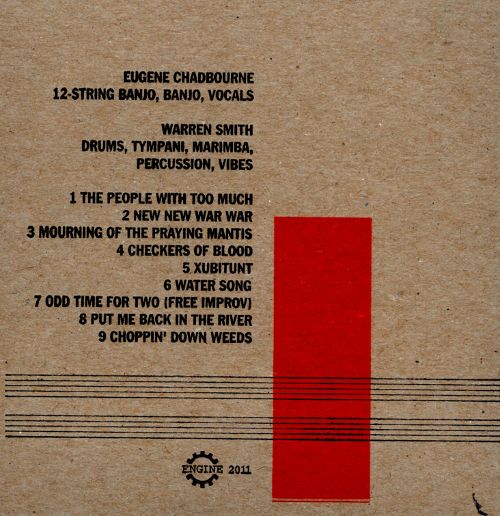 Eugene Chadbourne can be viewed as a banjo slinging 21st century incarnation of Mark Twain. When he ends a line with a high cartoon voice he underlines the absurdity of the war on drugs with his classic 'Choppin' Down Weeds' and the war on terror in 'New New War War'. But he's far from a one dimensional songwriter as he delivers a melancholic song for his father with 'Put Me Back in the River' and an apocalyptic fable of greed and struggle in 'Checkers of Blood'.

When Chadbourne lived in New York City in the 1970's he went to jazz shows at Warren Smith's Tribeca loft. One evening the older Smith gave the younger Chadbourne an instructional book by Louis Bellson called Odd Time Reading Text. 30+ years later and completely coincidentally, Eugene and Warren recorded this record together with the gift of that book hovering over the session. Hence the title of the record with the added kicker that we live in odd times.