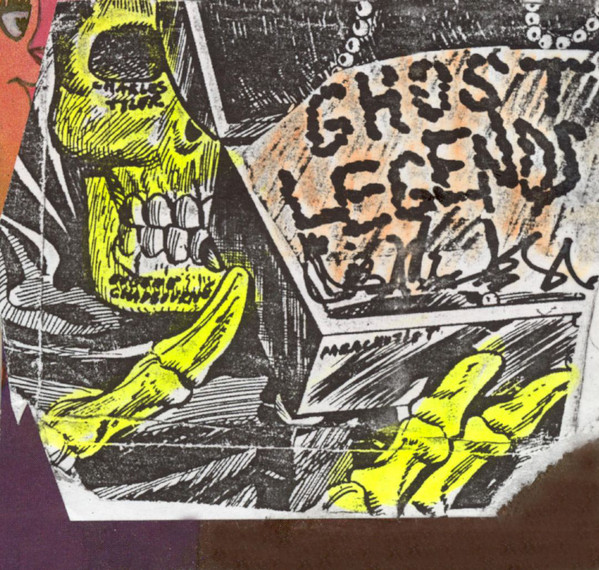 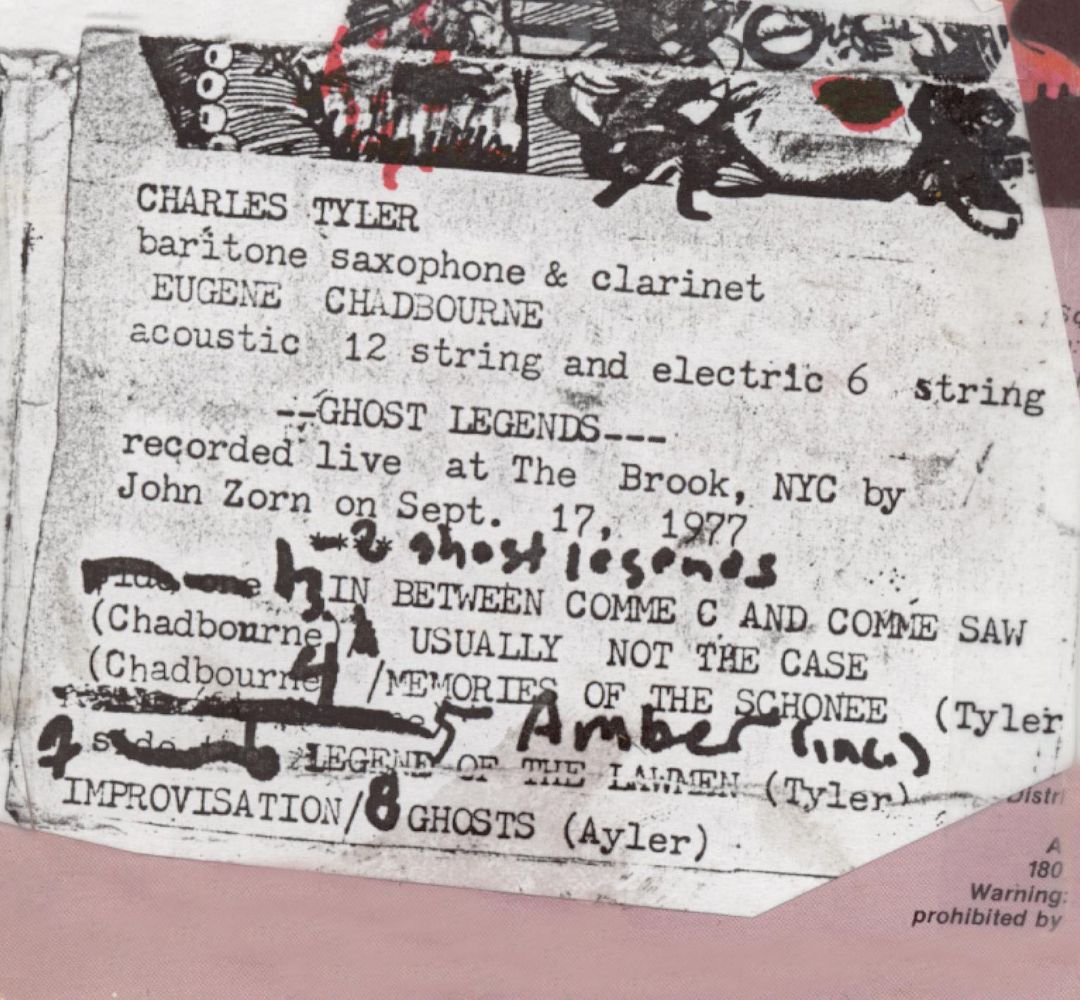 The complete existing tape from the duo concert with Charles Tyler, recorded in New York City in 1977 with saxophonist Charles Tyler and Chadbourne "in kind of a Derek Bailey groove."
Recorded live at The Brook, NYC, by John Zorn on September 17, 1977

Ghost Legends was recorded live in New York on September 17, 1977. It features Eugene Chadbourne on acoustic 12-string and electric six-string guitars, and Charles Tyler on (mostly) baritone saxophone and clarinet. Sound quality is muffled but otherwise good. This is the complete tape of the performance, including "Amber," during which the tape ran out (after only a minute). The title refers to Albert Ayler whose classic tune "Ghosts" closes the set. This duo worked pretty well, better than Chadbourne's association with Frank Lowe. Tyler's free jazz background and tendency to flirt with contemporary music completes the guitarist's Derek Bailey-like inclinations. The saxophonist's "Legend of the Lawmen" and Chadbourne's "In Between Comme C and Comme Saw" stand worlds apart, and yet their coming together sounds perfectly normal. Tyler blows a beautiful clarinet solo on "Improvisation," one of the album's highlights; his colleague remains rather discreet throughout the show, leaving a lot of breathing room. "Usually Not the Case" describes pretty well how the listener feels hearing this delicate soft-spoken piece where the guitarist shows an impressive level of restraint recalling Roger Smith during his days with the Spontaneous Music Ensemble. All in all a very nice early session, Ghost Legends was reissued on CD-R by Chadbourne's House of Chadula label.