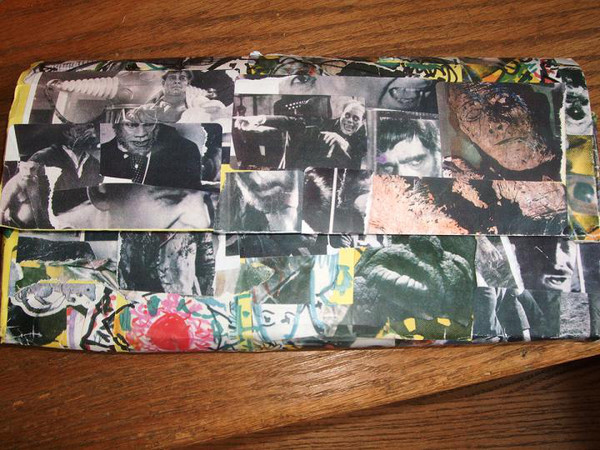 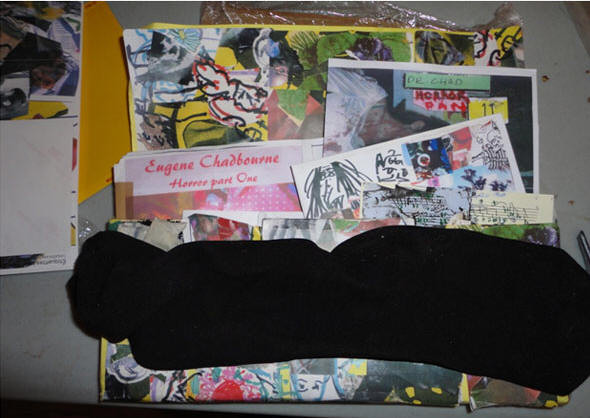 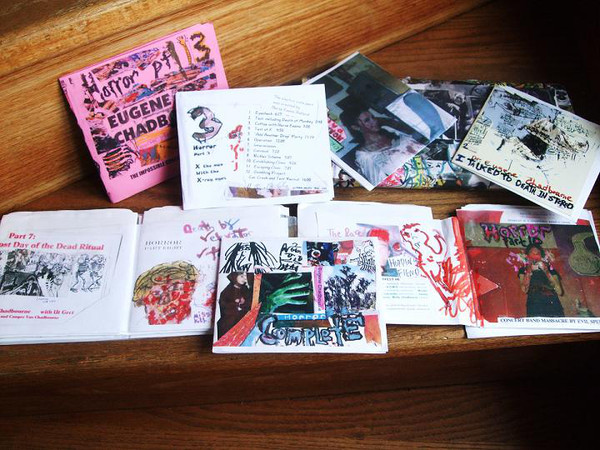 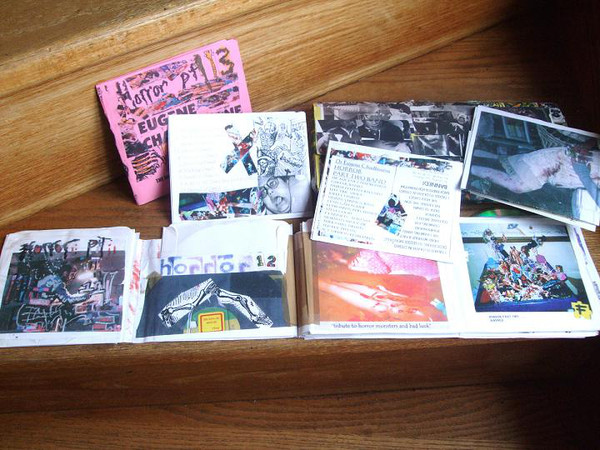 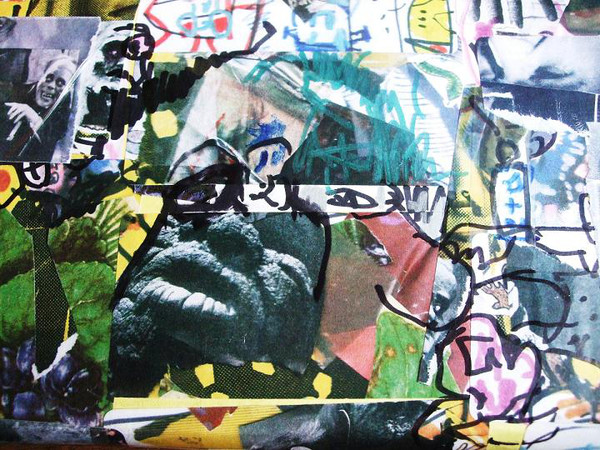 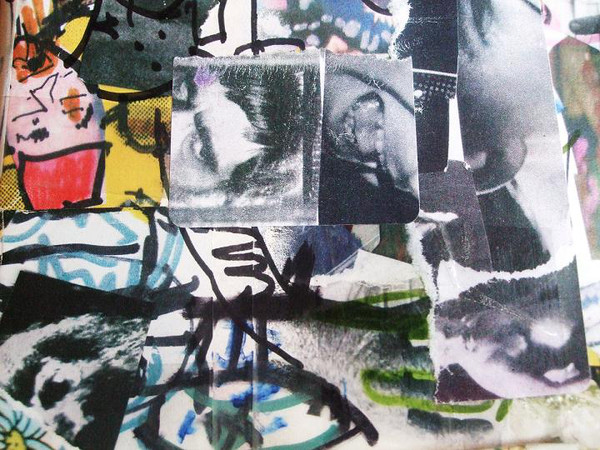 All 13 volumes in the series are available in a deluxe box, also included is the Leo release I Talked to Death In Stereo. The encompassing theme is horror and monsters and a variety of approaches take place, usually combining studio and live recordings, emphasis is on montage and intricate splicing. From Horror 8 the productions take on the new dimension of 24 track capability. The series began in the late ‘90s and has continued with a volume or two annually. Brief descriptions ensue:

HORROR PART TWO - More with Conroy, Good, Norman Minogue and Eena Ballard, including versions of I Talked to Death In Stereo ***

HORROR PART THREE - A tribute to X-the man with the X ray Eyes (Ray Milland) with soloist Eena Ballard on electric viola and massive cut up and editing exercises. ******

HORROR PART FOUR - The Ray Milland tribute, part two, this time the vastly inferior (film) Thing With Two Heads played on an enormous prepared guitar and including the destruction of a broken mixer with an axe. ***

HORROR PART EIGHT “Death by Toothbrush/Death by Elevator” - I was paid handsomely to compose 30 second pieces for an elevator in Paris, but had to waste hours in the process creating this thick montage in which the main soloist is Portugese electric toothbrush player Felipe Silva. ***

HORROR PART NINE - Never released on its own, this material was recorded at the Chadfest Action 2007 in France, with Jimmy Carl Black, Martin Klapper, Schroeder, Felipe Silva a/o. The visual aspect of the performance is unfortunately not there. Black recites Edgar Allan Poe’s The Raven, not easy. The entire suite is dedicated to Ray Dennis Steckler. ***

HORROR PART TEN “Concert Band Massacre by Evil Spell” - My favorite entry in the series is a cut up of concert band recordings by the Grimsely High School Stage Band. Record producer Lou Kannenstine asked for this to be played at his funeral. ******

HORROR PART ELEVEN “A tribute to the Number 11” - done in conjunction with instrument inventor Mark Dixon and featuring deep layers of turntable montage and cut up. *****

HORROR PART TWELVE “Death by Reggae Band” - Montage and editing processes developed for Horror 11 are continued here in a wild assassination of an LP produced by Cackalackee reggae meisters the Awareness Art Ensemble. Continues a composition from the ‘70s entitled Reggae Made Listenable. *****

HORROR PART THIRTEEN “The Impossible Concert of Dario Argento” - The final entry was only available in the box originally, it is a montage and cut up of material from tape and turntable including ‘70s duo recordings with percussionist Andrea Centazzo.

Homemade box by the Doctor with previously released material (except for #9) :

- Eugene Chadbourne - Horror Part 5 : The Return Of The Evil Club

- Dr. Eugene Chadbourne* - I Talked To Death In Stereo" Compiling Doc Chad’s total set of works based on horror films and monsters both real and imaginary.

A total of 14 CDs complete with a great deal of art and printed information about the various projects. An all star cast of performers is featured as well as many solo projects. Concepts behind the various pieces - dedicated to among others Ray Milland and a Greensboro high school concert band conductor - range from intricate multi-track tape pile-ups to live performances by small to large ensembles.

All 13 Volumes in the Horror Series are featured, including The Horror Part Nine Band, up til now only presented as a live multi media event.

In addition the package contains the British LEO records release I Talked to Death In Stereo, originally conceived as a release in the Horror series until the cover art was banned in the UK.
This monstrosity features home made cover art packages and is morbidly priced at $136.66 plus the cost of posting it to wherever the HELL (in this case a sure thing) it is that it is going.
The contents of Utter Horror slide out of the extended cardboard box fashioned from recycled VHS sleeves.

Inside the CDs are packaged primarily into an enjoyable booklet/folder. For fun several packages are left as originally released. The contents of the LEO release I Talked to Death in Stereo are taken from the original stock and are also loose, along with a separate box of extra material, artwork and notes.

No this is not a broken camera screen, that is a sock that is part of the package, for two reasons. 1. In the past any package of mine with a sock on it sells instantly. 2. My socks have been described as one of the most horrorible phenomena known to mankind"