Horror Part 5 The Return Of The Evil Club 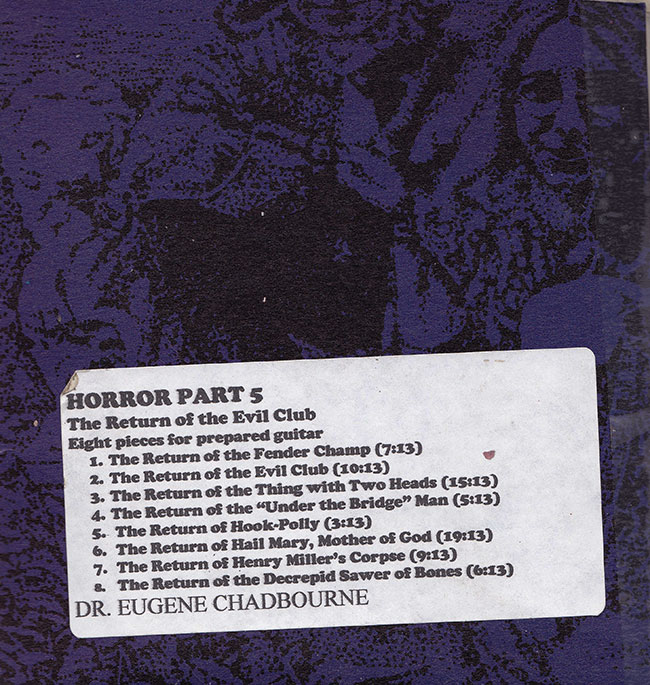 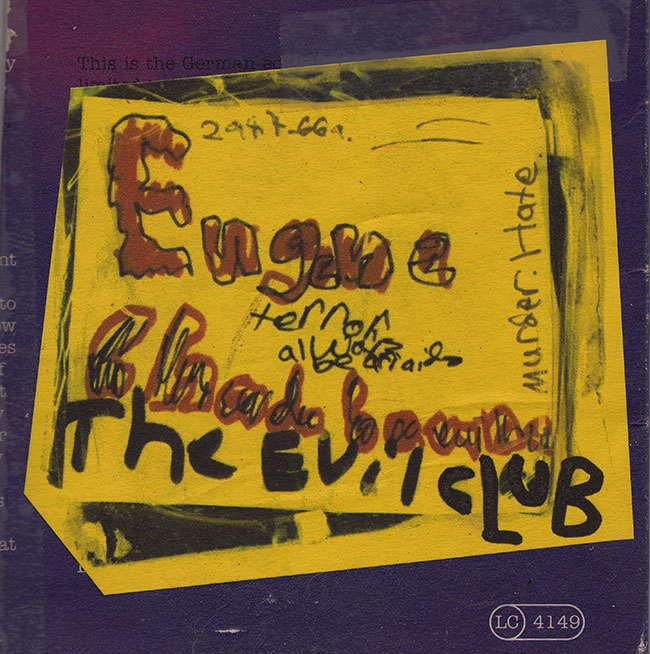 Prepared acoustic and electric guitar solos collected under the title of The Evil Club.

All 13 volumes in the series are available in a deluxe box, also included is the Leo release I Talked to Death In Stereo. The encompassing theme is horror and monsters and a variety of approaches take place, usually combining studio and live recordings, emphasis is on montage and intricate splicing. From Horror 8 the productions take on the new dimension of 24 track capability. The series began in the late ‘90s and has continued with a volume or two annually.