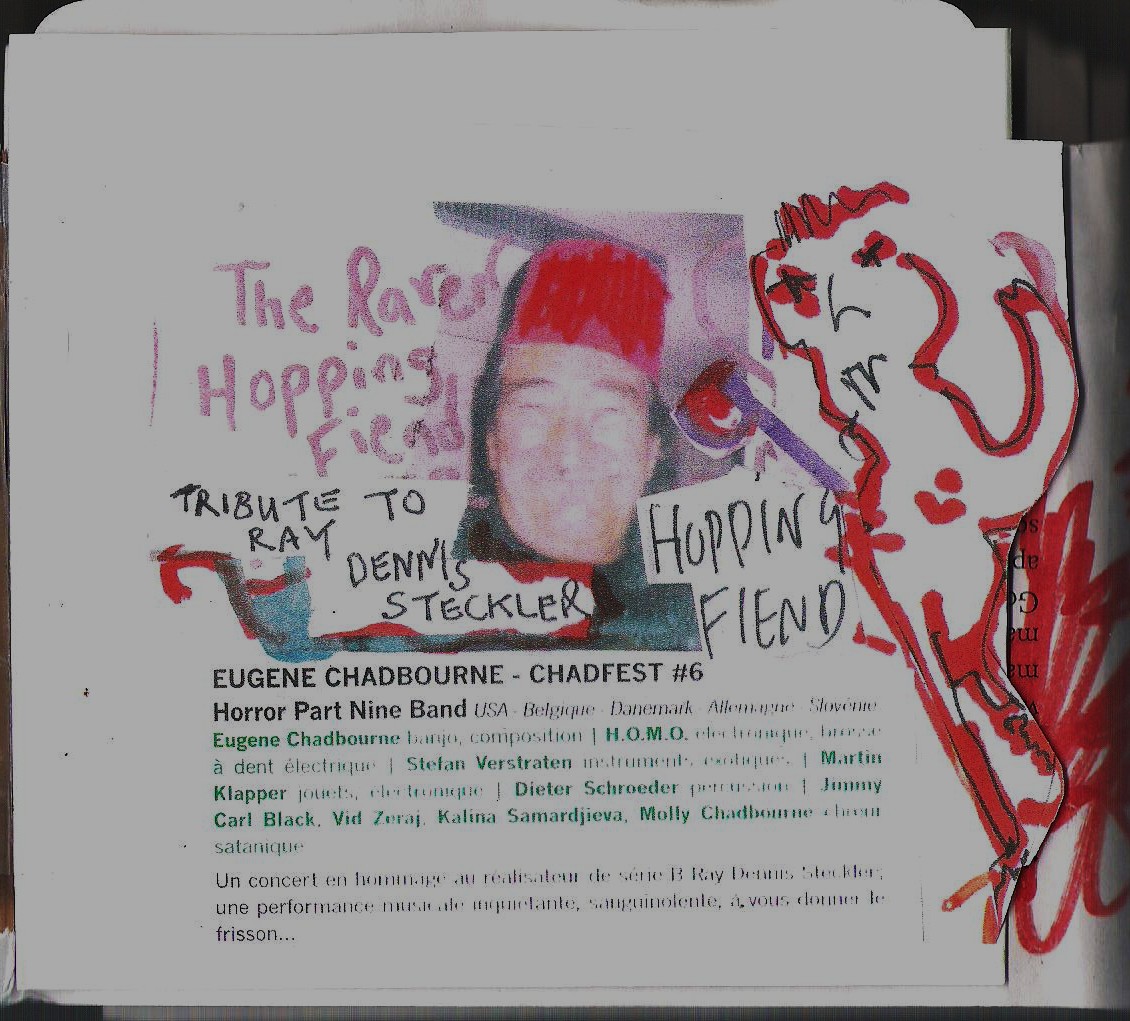 On this cursed record, sold exclusively with the Horror box , Jimmy Carl Black recites Edgar Allan Poe's The Raven , live at the sixth Chadfest, interspersed with delightful improvisations. The show is a tribute to Ray Dennis Steckler, the immortal director of  The Incredibly Strange Creatures Who Stopped Living and Became Mixed-Up Zombies, obviously one of the major influences of the volumes of the series. A certain HOMO plays the electric toothbrush and passes discs in tatters, some of which taste bad enough to serve as a funky counterpoint to the aridity of unprofessional hard, Stefan Verstraten of exotic instruments, Martin Klapper, as to his diabolical habit, cheap toys and electronics, and Dieter Schroeder percusses. A "satanic" chorus is also credited. On the third beach, the mixture of "curly / glued discs" / banjo / percus / debilitated toys reaches an exciting degree of incandescence, the ideal melting point for laughing while shaking sincerely in his socks.