Horror Part Eight:
Death by Elevator, Death by Toothbrush and Other Teen Hits 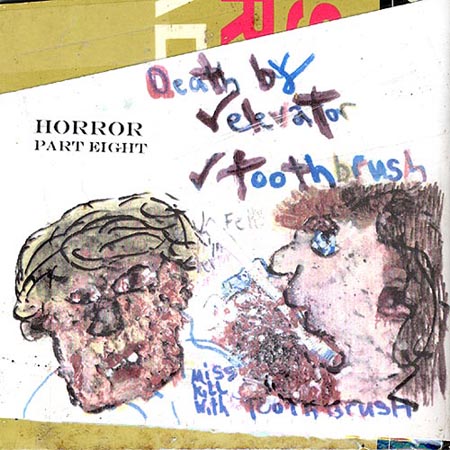 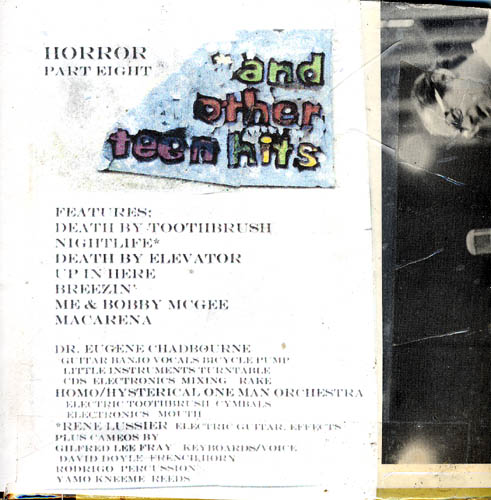 "The awesome horror series reaches new heights in an absolute blast of musical lunacy. A brand new system for overdubbing and a guest appearance by Portugese performer Filipe Silva on electric toothbrush are among the aspects of a program that includes radical assaults on material such as "Me and Bobby McGee," "The Macarena" andrap."
-Chadula

“Death by Toothbrush/Death by Elevator” – I was paid handsomely to compose 30 second pieces for an elevator in Paris, but had to waste hours in the process creating this thick montage in which the main soloist is Portugese electric toothbrush player Felipe Silva.