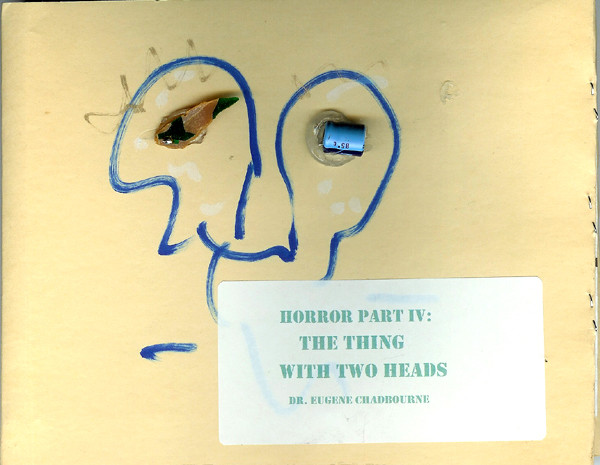 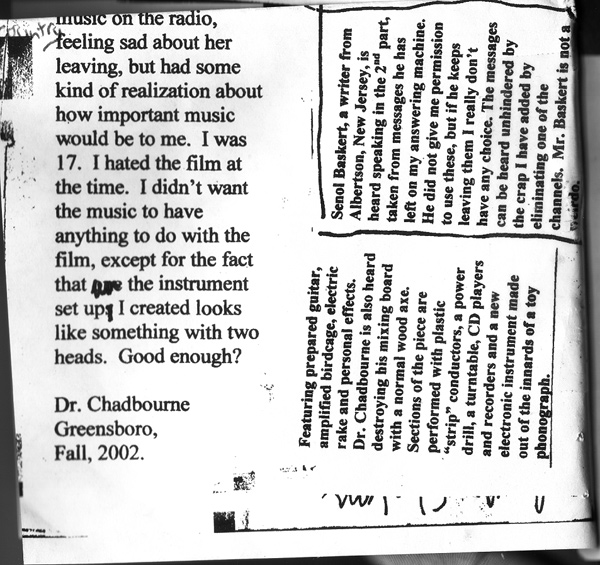 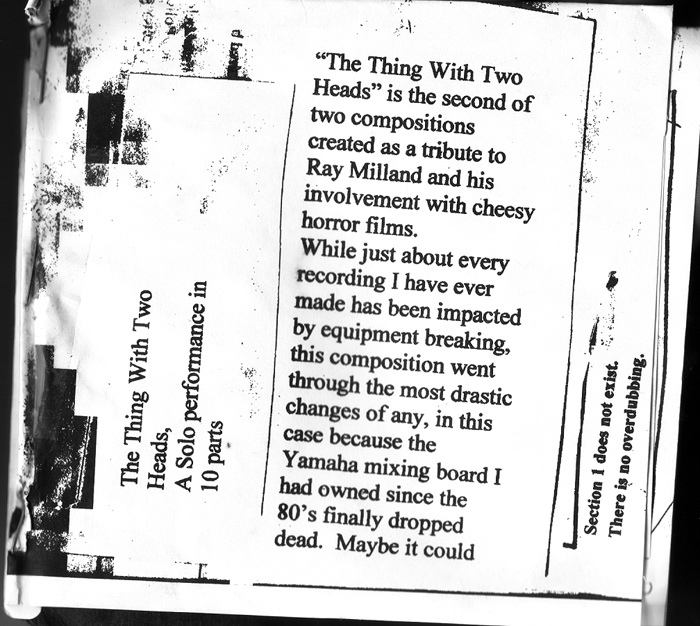 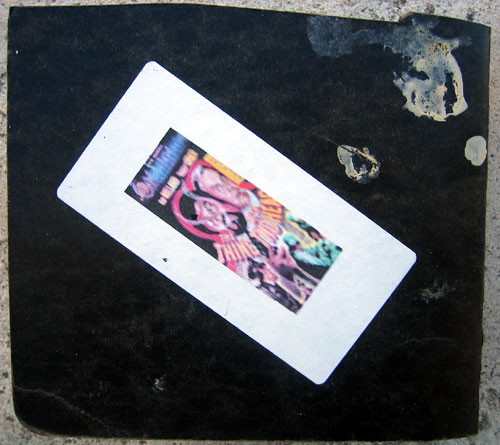 The Thing With Two Heads” is the second of two compositions created as a tribute to Ray Milland and his involvement with cheesy horror films. While just about every recording I have ever made has been impacted by equipment breaking, this composition went through the most drastic changes of any, in this case because the Yamaha mixing board I had owned since the 80’s finally dropped dead. Maybe it could have been fixed by some wiring genius, but what I perceived as the machine’s death inspired me to start creating solo recordings in a new way, without a mixing board. How long this will last I don’t know, but I decided to turn my entire studio building into an instrument or an orchestra of instruments, create the music in the room and record it all on one microphone, like the way it is done with symphonies. So that is what this is about, from deciding to chop the remains of the board to pieces with an axe—recording the process, of course—to actually making live recordings of the new set-ups I had created. This, the fourth volume of the Horror series, was created with no overdubbing, at least not in the sense of tracks that are fed through a mixer. The result I think are tracks that sound like nothing I have ever done, except perhaps my first recordings, and anytime anything sounds like them I am happy. As for the music’s relation to the film that inspired it, I decided this part of the Milland tribute would be different than the other one. With “X The Man With The X Ray Eyes: (Horror Part III), I was happy to watch the film again and again, since it is a masterpiece. So I designed all the music directly on the screenplay and individual scenes in the film. With “The Thing with Two Heads”, there was no way I wanted to watch this film again because it is a total piece of shit. I have only seen it once, in Calgary, the afternoon after my girlfriend of the time went home to go to college. I watched the film directly after a taxi cab ride where I was listening to country music on the radio, feeling sad about her leaving, but had some kind of realization about how important music would be to me. I was 17. I hated the film at the time. I didn’t want the music to have anything to do with the film, except for the fact that one the instrument set ups I created looks like something with two heads. Good enough?
Dr. Chadbourne - Greensboro, Fall 2002

The Thing With Two Heads, A Solo performance in 10 parts
A suite in 10 (untitled) parts, in oversize packaging. 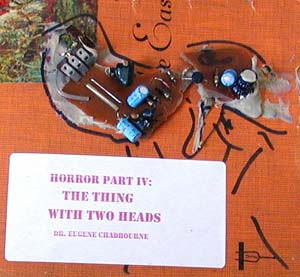 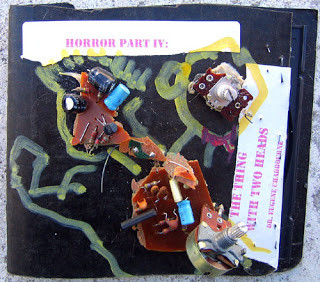 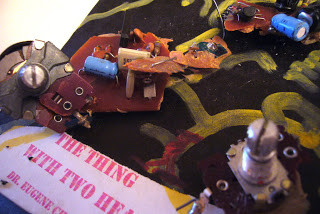