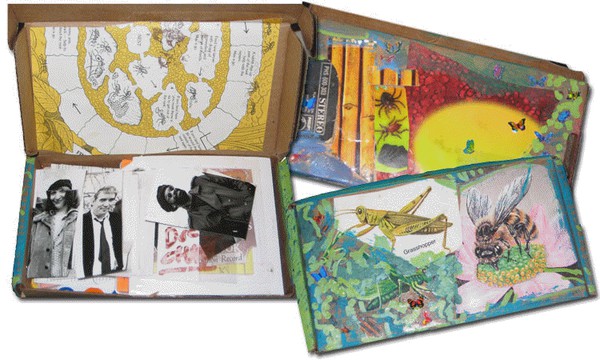 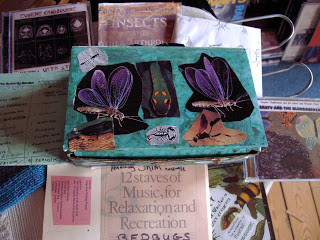 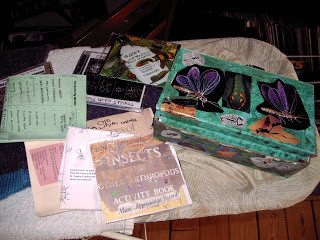 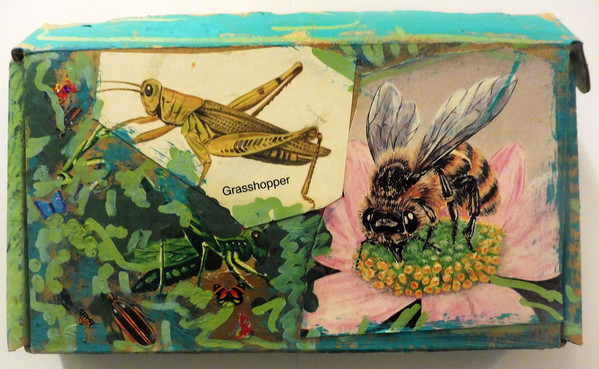 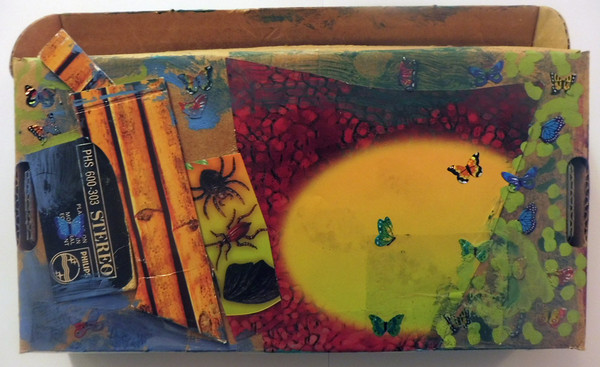 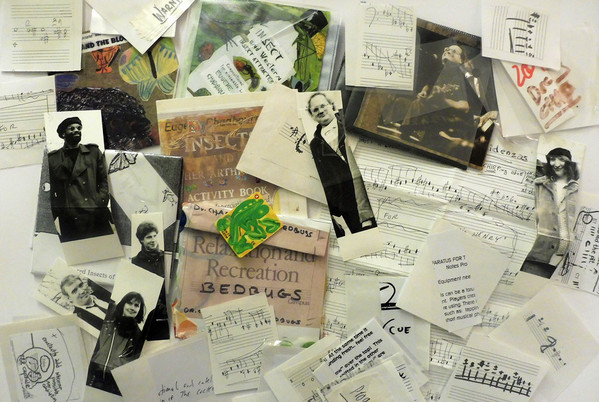 INSECT AND WESTERN BOX SET – Check the larger description and photo. The deluxe set includes all the Leo releases, the three House of Chadula I&W recordings and two special sets available only in the box:  (1) BUTTERFLY GARDEN  double CD set, one solo, one ensemble performance of an intricate suite praised highly by Keiji Haino and (2) Insect and Western Disc 8 featuring a variety of new ensemble recordings of I&W pieces.  ********
8-CD box set – Insect and Western (NOTE: also check the supplement to this collection 2008-2009 INSECT AND WESTERN UPDATER)

The bug news is the 8-CD box set Insect and Western, truly an art object but no less a musical event on a grand scale. Players from many countries and most states in the union have taken part in performances involving works from my Insect and Western series. Documentation to date has been highlighted by three separate discs on the British Leo label: Insect Attracter, Worms with Strings and Beauty and the Bloodsucker. This deluxe box set contains all three of these discs in their original CD—not CD-R—pressings plus all the liner booklet and tray card art. In addition owners will find the Bedbugs CD-R featuring fine jazz players from the St. Petersburg, Florida scene. Plus there are four more discs of previously unreleased material. Sacred Insects of Ancient Egypt is the only new title that will also be available separately, see description below. The two-disc Butterfly Garden examines this suite in contrasting solo and septet modes: the maestro Keiji Haino dug the solo performance, taped at The Stone in New York City in May of 2006. Finally there is a brand new disc overviewing various compositions in the series in more recent performances, including the Emotional and Intellectual World of the Cockroach, a new version of the Worms With Strings suite and excerpts from a French workshop version of Sacred Insects of Ancient Egypt done without my physical participation. Much artwork and copious examples of scores in these beautiful boxes. Truly a deluxe gift.