INSECTS AND OTHER ARTHROPODS ACTIVITY BOOK 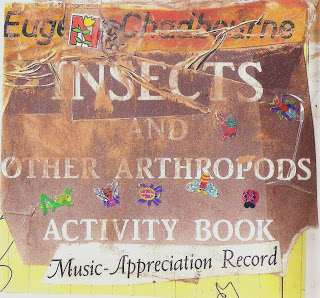 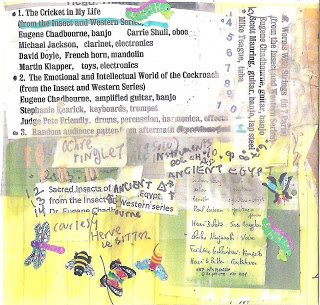 This disc, a kind of appendix to the delightful series of Insect and western , is reserved for the fortunate buyers of the Insect and Western Box , and supplements the other seven CDs with the help of unpublished: The cricket in my life , (Martin Klapper), and Michael Jackson (the other), who sputter and biped together, while Carrie Shull's oboe and horn David Doyle paraded majestically above the frying pan (it's a new version, I think, in any case different from the cassette of the same name). Then the intellectual and emotional world of the cockroach(same remark), where Stephanie Rearick's piano, in particular, embroidered tapestries, but the whole seems less convincing, because less homogeneous. Then the doctor offers us a new version of Worms with strings , very different from the original, with singular country flights. Finally, an orchestra made up of French musicians proposes a workshop version, without Eugene, of his Sacred insects of ancient egypt: if one compares this version with the original, one will see that the work of composition of the doctor is less to freeze the piece on paper than to distribute roles and create the conditions for insects (hence musicians) to express themselves freely. Eugene Chadbourne, with the Insect series , composedimprovised pieces. And let us meditate on this paradox.