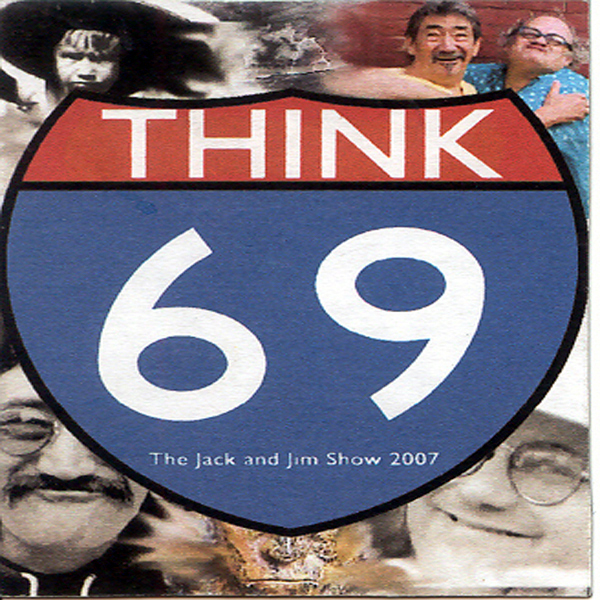 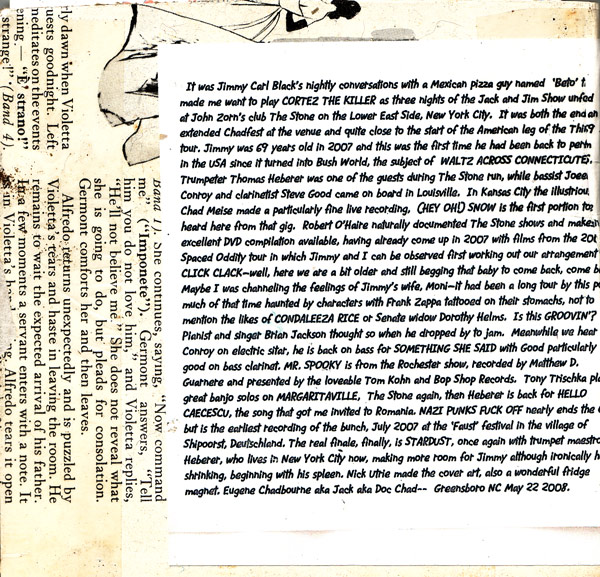 "It was Jimmy Carl Black's nightly conversations with a Mexican Pizza guy named 'Beto' that made me want to play "Cortez the Killer" as three nights of the Jack and Jim Show unfolded at John Zorn's club The Stone on the Lower East Side, New York City. It was both the end to an extended Chadfest at the venue and quite close to the start of the American leg of the Think 69 tour. Jimmy was 69 years old in 2007 and this was the first time he had been back to perform in the USA since it turned into Bush World, the subject of "Waltz Across Connecticut/Texas." Trumpeter Thomas Heberer was one ofthe guest during The Stone run, while bassist Joeee Conroy and clarinetist Steve Good came on board in Louisville. in Kansas City the illustrious Chad Meise made a particularly fine live recording. "(Hey Oh!) Snow" is the first portion to be heard here from that gig. Robert O'Haire naturally documented The Stone shows and makes an excellent DVD compilation available, having already come up in 2007 with films from the 2001 Spaced Oddity tour in which Jimmy and I can be observed first working out our arrangement of "Click Clack" [...]"-Eugene Chadbourne, from the liner notes