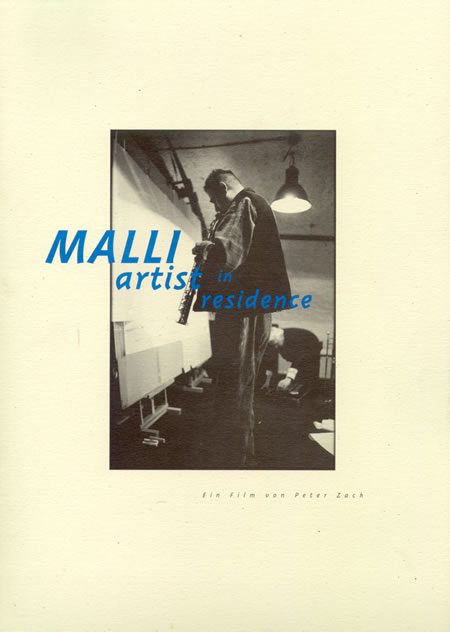 WALTER MALLI  Released in conjunction with the film, which presents scenes from the Hot Burritto recording session among many other items of interest. The track on this soundtrack is identical to the one on the Extraplatter release.

In the beginning was the rhythm, then came the melody, or vice versa. At least this is the case in Vienna, where, in the quarter of Alt-Erlaa, one of the most multi-facetted musicians of the free jazz scene, Walter Malli, has his home. Over the past three decades he has been able to fullfil his aim of steadfastly defending his status either despite or because of his many album recordings. The list of international musicians with whom this 'expressive instrumentalist' - as he describes himself - has played reads like a 'Who's Who' of the international avant-garde scene. The artist - taught by Paris von Gütersloh - , soprano saxophonist, percussionist and singer earns a living by working as a supervising attendant in Schönbrunn Palace. It would never occur to this multi-talented man to prostitute himself and his music for existential reasons by offering his music up for sale. The real art of Walter Malli is that of living.