Now Return Us To Normal 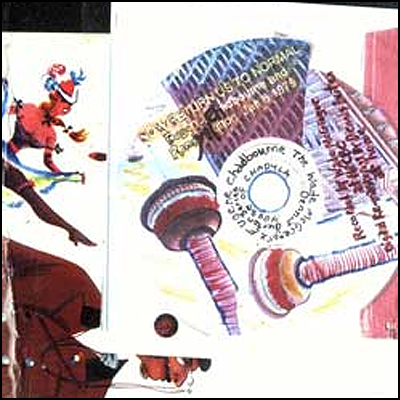 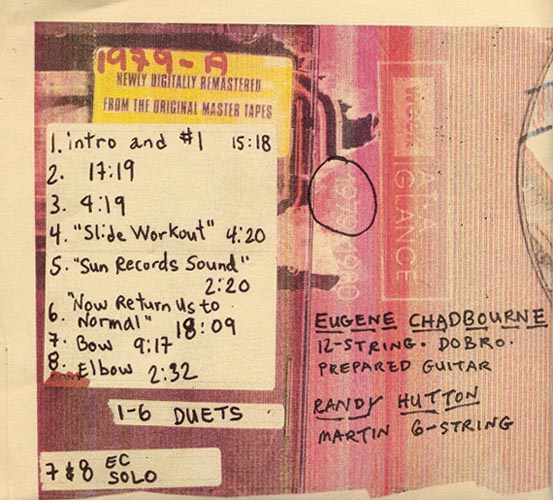 Up until this release, there wasn’t a single title from 1979 in the House of Chadula series.  I guarantee you also won’t find a recording of mine from 1979 that sounds as good as this one. That’s because most of that year I was in New York City, where it was impossible to make really great recordings for free, or at least I never made the same kind of contact there that I had with Wade McGregor when I was living in Calgary. He was one of the main recording engineers for the CBC, so could use studio facilities when he wanted, if convenient; i.e., he was the Bob Thiele to my Coltrane, sneaking me into the CBC studios and using their fancy equipment and tape stock to make tapes like this one, cut one night when I was visiting my parents in Calgary around the Christmas holidays.   In the summer of 2002 I was visiting my father in Calgary, played a concert, and was given this recording by my old friend Dennis Burton, who apparently is hanging on to Randy Hutton’s archive of recordings, amongst which he found tapes like this one.  In 2002 Burton began transferring these masters to digital, and House of Chadula has inaugurated the Wade McGregor/Dennis Burton series to make some of this material available.

When I first was handed this recording, I thought it was an example of Randy Hutton and I playing BEFORE I moved to New York, i.e. circa 1975-77. Then I realized this was cut when I had already been in NYC for several years, and was now playing dobro and 12 string.  Back when I lived in Calgary, there was a period when Hutton and I got together almost every weekend to play acoustic guitar duets, just because there was not much else to do!  We were trying, with our acoustic guitars, to make music that sounded like Ornette Coleman, and so forth.  Then we discovered Derek Bailey. Then I went to NYC and my music became even more aggressive and strange.  Hutton on the other hand pursued his own course, and probably still is---where the fuck is he, maybe this release will prompt him to get in touch!—and he used to get a particular charge, I think, out of hearing his style described as really eccentric.  One day I would like to write further about his playing, but for now, here’s hoping this beautiful sounding recording will bring pleasure.  Even the “Sun Records” section!