To Prevail or Not to Prevail 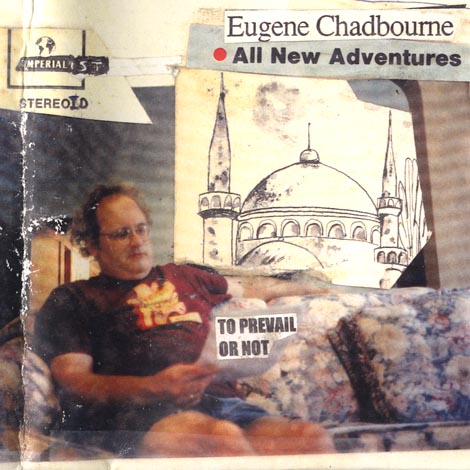 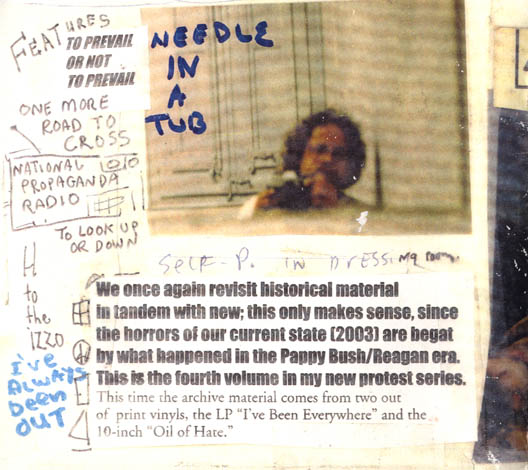 With Bush promising to prevail and nobody wanting him to, Dr. Chad launches another volume of protest music, this time combining a series of new songs with out of print material from the album I've Been Everywhere and an out of print Blackjack single that was released during the first Gulf War. Besides the great title banjo tune, this set contains  new songs such as Needle In a Tub and National Propaganda Radio.

The fourth in Dr. Chadbourne's new series of protest records. This one combines material from two long out-of-print vinyl releases, I've Been Everywhere and the 10-inch Oil of Hatewith 7 new tracks ("To Prevail or Not", "One More Road to Cross" (DMX), "National Propoganda Radio", "To Look Up or Down", "Needle in a Tub", "I've Always Been Out", "and "H to the Izzo" (Jay-Z). The new ones are solo. Other bracks include Murray Reams, Shep the Hep, David Doyle, Steve De Chiara, Chris De Chiara, Molly and Gesela Chadbourne and The Legendary Stardust Cowboy.