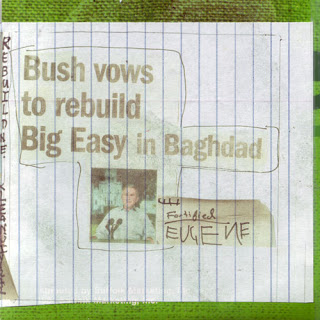 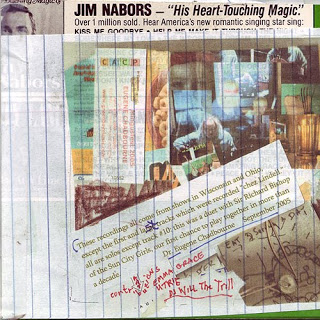 The "questionable" management of the disasters and conflicts that strike Bush's America once again rekindles the protestations of a distressed citizen musician but, nevertheless, a philanthropist. Hence the sombre tone of the album and the choice of songs tinged with anger, anger or irony, compensated by the glimmer of hope and beauty of the themes of this other hero (received in other times at the White House !) that Charles Mingus was. With the exception of the banjo version of the mockers " Fables of Faubus(Pieces already reprinted with the Violent Femmes and Camper Van Chadbourne, denouncing the anti-black racist measures of the governor of Arkansas in 1957) is the hypersensitive and delicate composer rather than the angry man who is celebrated right here. Chadbourne interprets it masterfully, internalizes the melodies and develops his improvisations in the greatest clarity, precision and velocity of the phrasing (" Reincarnation Of A Lovebird "), testifies despite the difficulty of the themes of a skillful mastery of harmony and rhythmic variations (" Rockfeller "). The mixture of suavity and sadness (" Duke Ellington's Sound of Love ") evokes much of the Eddie Chatterbox on Broadway. These recordings come from a concert in Green Bay at the Mingus Festival in 2005.
Chadbourne also delivers two new songs (the sarcastic " Rebuild ... " and " Angels of Reality " written by his daughter), an unprecedented cover of Sandy Denny, some of his personal classics (the restless " Nightmare on Helms Street ," the disillusioned and crepuscular " People Will Vote ", " Charter ") or traditional (nice knitting " Banish Misfortune " but fairly average version of " Way To BlueBy Nick Drake). He finally finds Richard Bishop of the Sun City Girls for a teeming and untouchable improvisation