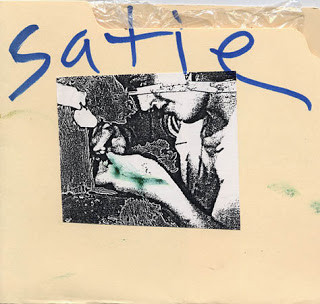 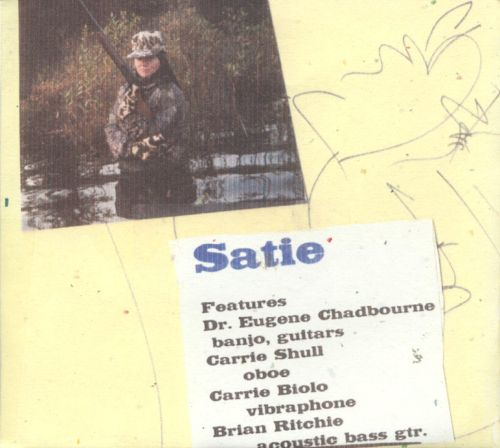 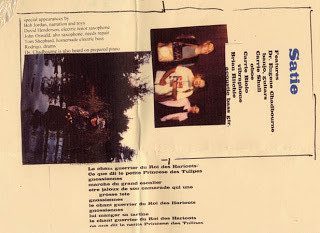 House of Chadula 1997
Serene tribute to the French composer. Featuring John Oswald on saxophone.
For once, the title says it all. On this unlikely CD, Eugene Chadbourne plays the music of Erik Satie on banjo, accompanied by oboist Carrie Shull, vibraphonist Carrie Biolo, and Brian Ritchie on acoustic bass guitar. This is the original Insect and Western Party group. On their first album the previous year, the Doctor had included a cover of "Le Chant Guerrier du Roi des Haricots." It comes back three times on this album, along with "Gnossiennes" and "Peccadilles Importunes" -- one must point out that Chadbourne knows his Satie and, "Gnossiennes" aside, chose good underexposed pieces. Of course, one cannot expect straightforward interpretations from the biggest original in avant-garde music. The instrumentation alone tells a very different story than Satie's piano scores. But as strange as they may sound, the pieces are played with reverence. They respect the composer's intentions, the sense of innocence and lightness tainted by sorrow. Some parts of the album feature noisy free improvisation and backward tapes, but 66 percent of the time only the quartet is heard, well-recorded, sticking to the Doctor's arrangements. Satie would be a fantastic CD if it were not for the repetitiveness factor and Chadbourne's usual tape duplication breakups and mishaps when it comes to home releases. The interpretations vary from one take to the next, but not sufficiently to make listening to the whole album at once something desirable -- it seems the group's repertoire was simply too thin for a full CD of Satie material. Still, this is one of the man's strongest, most mature, and unexpected homemade records of the late '90s.
-AllMusic Review by François Couture
TOP