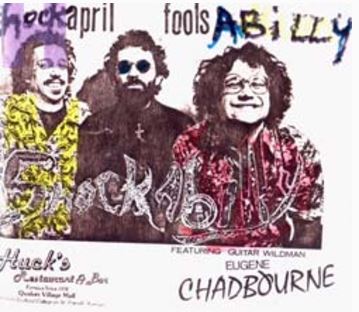 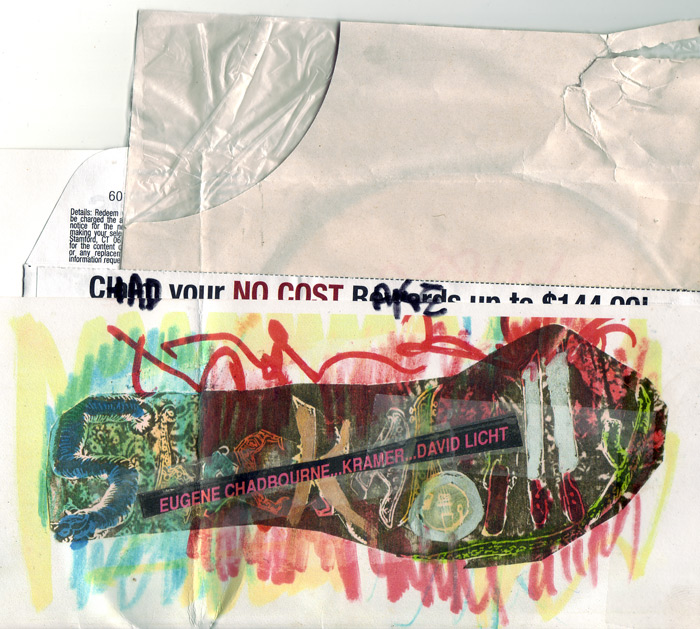 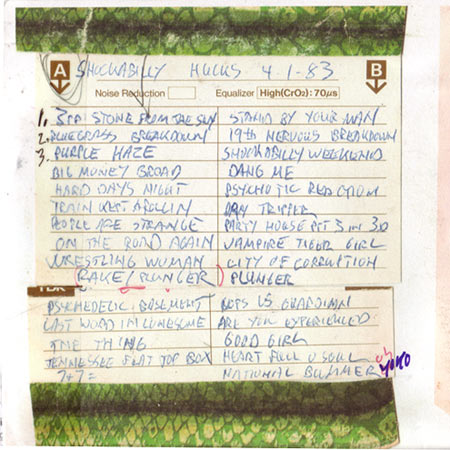 "I have been wanting to add a Shockabilly release to this list, it is only fair. The entire catalog of this group is embroiled in some kind of heinous legal dispute circa 2006 but there are many live recordings. A friend sent a good one done by a radio station in Ann Arbor but as soon as I started listening to it I realized this was a set in which Kramer's organ stopped working for nearly four songs. Then at a Greensboro Sunday morning jazz set a local artist presented me with a poster that was more than 20 years old, from an April Fools Shockabilly gig in Greensboro at a now defunct club called Hucks that had a great sound system. I knew I had the tape in a collection of dozens that David Licht gave me. I checked it and remembered that for this performance we had been rehearsing a whole new collection of original songs including Cops Vs. Guardian Angels, Vampire Tiger Girl Strikes Again and the bizarre Party House Part III in 3-D. It is a great show and the recorded sound hides nothing, least of all the stoned and drunken hippie rednecks in the audience. Great stuff!"
-Eugene Chadbourne

When a local fan produced the poster for this event decades after the fact I thought “Oh, I have that cassette! Now I have a cover.” If you like live Shockabilly recordings, this is great but is one of the David Licht boom box recordings.