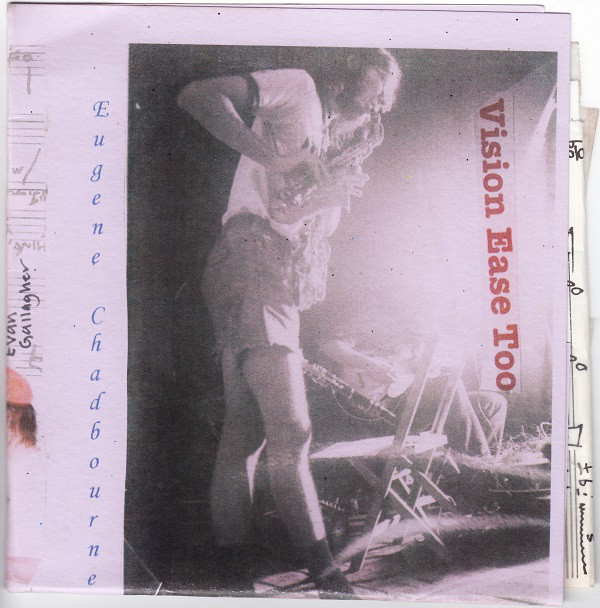 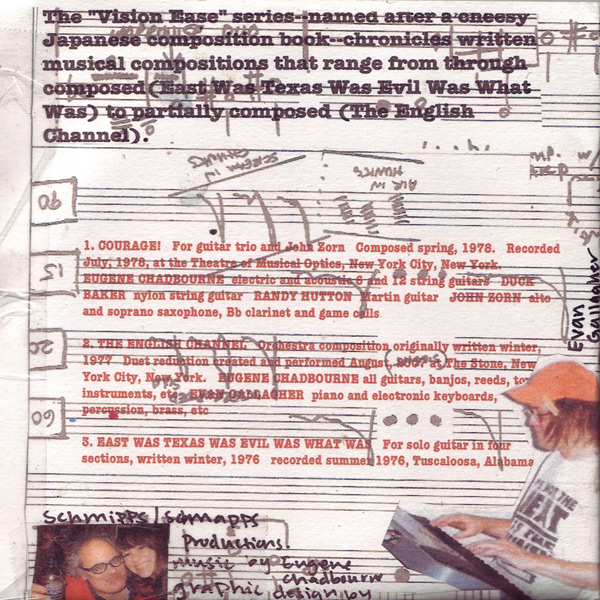 A pair of CDs focusing on my instrumental composition in the modern jazz style recorded in the mid to late ‘70s, although Volume Two includes an interesting revisit to one such composed piece recorded at a festival four decades later. My relationship with John Zorn figures heavily on both discs and other musicians include Polly Bradfield, Bruce Ackley and Henry Kaiser.  Recording quality falls to a low standard, particularly on Volume One where one of the problems is tape hiss from the original sources during very quiet music. Dennis Burton’s digitization of a concert from Zorn’s Theatre of Musical Optics is a vast improvement on Volume Two.

"East Was Texas Was Evil Was What Was for solo guitar in four sections, written winter, 1976. Recorded summer 1976, Tuscaloosa, Alabama.