And The Wind Cries Malachy 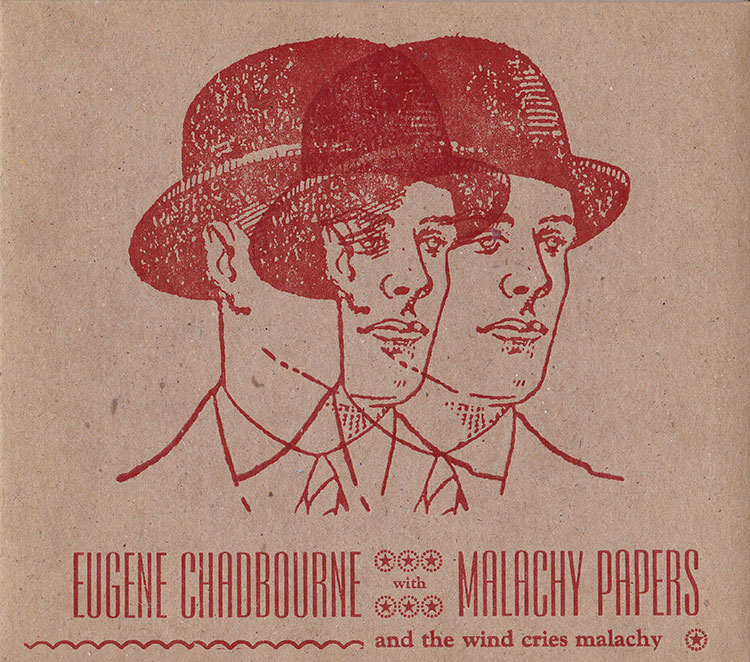 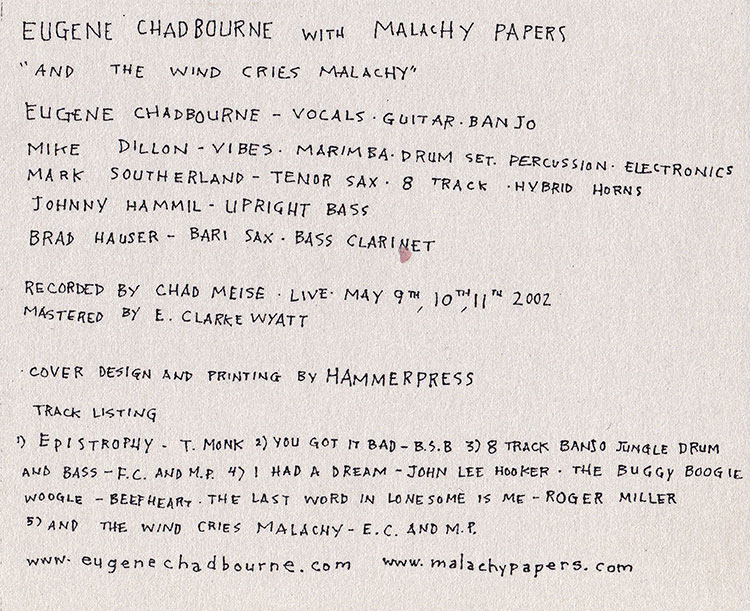 Independently produced by the group Malachy Papers and packaged in a sleek hand-pressed cardboard sleeve, this CD-R release presents some of the Doctor's best group recordings since his late-'90s albums with Zu. The Malachy Papers' wacky avant jazz/bluegrass signature sound is tailor-fit to the Doctor's. These guys know their jazz and blues standards, and they can whip them out into a frenzy effortlessly. The fact that Mike Dillon can step away from the drum set occasionally to play mellifluous vibes and that Mark Southerland performs scratching on an eight-track tape machine adds enjoyable extras to this particular encounter. Very nicely recorded live over three nights in May 2002, the music relies solely on covers and improvisations -- no Chadbourne originals here. The set begins with an interpretation of Monk's "Epistrophy," often found in the Doctor's jazz-related projects but never given such a fine (and well-recorded) treatment. The same applies to the medley of John Lee Hooker's "I Had a Dream," Captain Beefheart's "Buggy Boogie Woogie," and Roger Miller's "The Last Word in Lonesome Is Me" -- yes, you read right: Delta blues, outsider rock, and country music all in the same track. The leader and his backing band explore in depth the possibilities of their relationship in the half-hour-long improvisation "8 Track Banjo Jungle Drum and Bass." There are lots of surprises and mood swings in this one, including Southerland's tape-jockey manipulations and unclassifiable grooves that keep the piece alive and make it go down well. Chadbourne breaks into a banjo hoedown for the closing title track, adding the final touch to a comprehensive, highly representative album. Highly recommended to diehards and casual fans alike -- this one's a keeper.
-AllMusic Review by François Couture