Zu & EC ‎– The Zu Side Of The Chadbourne 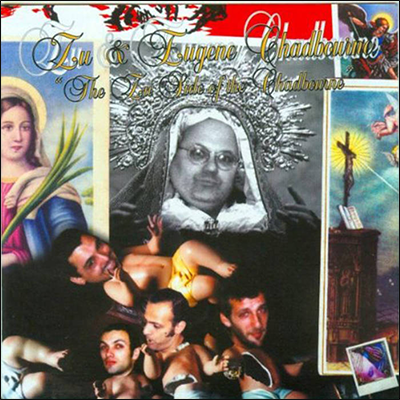 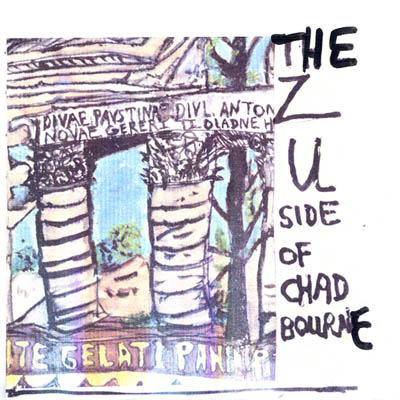 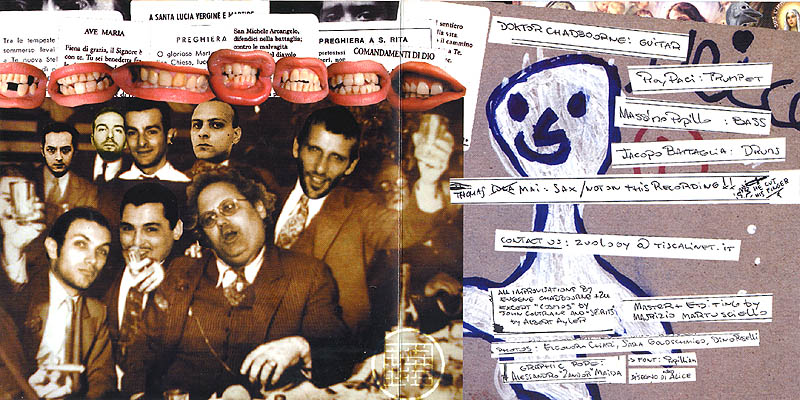 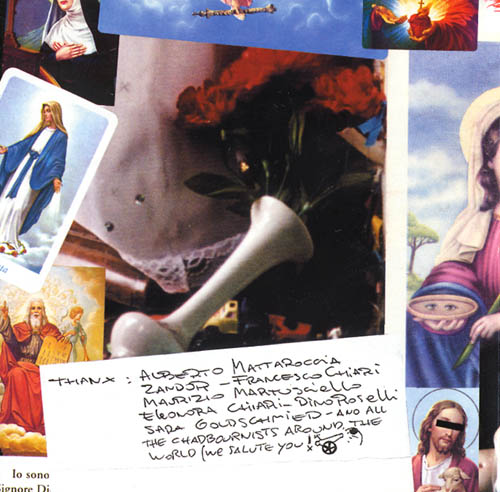 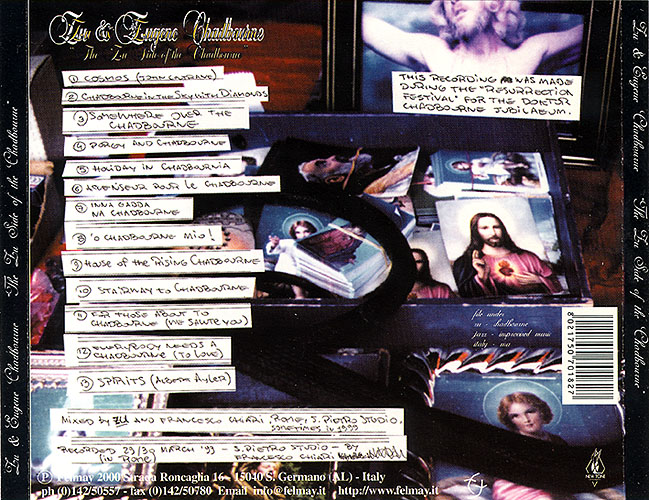 ZU, the Italian revelation of 1999 open the new millennium with a new disc featuring one of the great experimenters of the last years. The American guitarist EUGENE CHADBUORNE. The quartet, composed of Roy Paci on trumpet (member of Mau Mau also active on the Italian and European jazz scene), Luci Mai on sax (not present on this recording), Massimo Pupillo on bass and Jacopo Battaglia on drums, successfully forge an intelligent hybrid between avant-garde jazz and noise rock. They have been playing live now for two years, performances which have contributed greatly to the development and maturation of their style. ZU’s nervy, restless sound is based on extremely complex and articulated rhythmic figures, which provide a springboard for solo excursions which veer from the explosive to the melodic and composed. Born in 1997 out of the ashes of grunge, by the following year ZU were supporting such pillars of the alternative scene as Half-Japanese, The Ex, Nomeansno and The Ruins on their Italian tours. In addition to this they have performed live improvisational sets with Chadbourne, Steve Buchanan and Otomo Yoshide as well as providing live music for various theatre companies during the Ostia Antica, Gubbio and Palestrina festivals. They have also participated in several radio programmes (for Radio France, B92 Belgrade and Rai Radio 3).

In The Zu Side of Chadbourne, along with tracks composed for the occasion, you can hear extremely creative reworkings of two classics of free jazz: Coltrane’s Cosmos and Albert Ayler’s Spirits, testimony to the profound regard that ZU have for these extraordinary artists.

EUGENE CHADBOURNE’s contribution to ZU’s new disc is as inventive and impassioned as you might expect, and his charisma as a guided improviser provides just the right degree of stimulus for his companions. Journalist manqué CHADBOURNE boasts an impressive and highly eclectic artistic track record, including collaborations with the leading names of the musical avant-garde (Wayne Horvitz, Polly Bradfield, Tom Cora, Henry Kaiser, Bob Ostertag, Anthony Coleman, Charles K. Noyes, Half Japanese, Gary Windo, Bill Laswell, John Zorn, Noel Akchote). Over the years CHADBOURNE has been able to create a unique and eccentric style that from the free improvisations typical of avant-garde jazz (John Coltrane, Derek Bailey and Anthony Braxton have for a long time been his main sources of inspiration) on his 1976 debut album, Solo Acoustic Guitar, has led to his demented reworkings (also thanks to his highly original vocal technique) of country and American roots music, resulting in a lengthy and substantial discography. Interested in every conceivable musical genre, CHADBOURNE aside from being a prolific musician, is also noted as a producer. In the mid 1970s he set up his own record label, Parachute records, for whom John Zorn cut his first and most visionary albums.