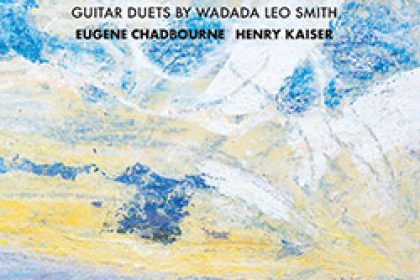 by Kurt Gottschalk
The inspiration Wadada Leo Smith has found in environmental and sociopolitical concerns over the past seven years has spawned a rich avenue of exploration in an already diverse and rewarding career. The series of suites dedicated to the Civil Rights struggle and natural topography (National Parks, Great Lakes) represents some of his most powerful achievements. In general, the inspirations have been handled in the abstract—these aren’t Max Roach and Abbey Lincoln records—with the subjects only directly addressed in the titles. (In performance, he has also used video to help make the real-world connection.) But Smith, it seems, couldn’t resist giving his desegregation activist protagonist a voice. The 15 sections of his Rosa Parks: Pure Love oratorio include six songs setting his own text to music and a seventh using Parks’ words. His words are concise, direct and poetic and beautifully delivered by the three members of his Diamond Voices trio. The ensemble consists of four trumpets, four strings, drums and electronics, all working to an understated but dramatic effect. The breadth of the ensemble is limited somewhat by the string and horn arrangements feeling so close together—each of the quartets could cover more ground—and the electronics are, likewise, held at bay. Smith’s orchestration here is stronger than his composition, however; the whole outshines the parts.
Much of Smith’s career has been dedicated to the free improvisation and that’s the locus of Burning Meditation. There’s more burning than meditating in the duo with drummer Sabu Toyozumi. The hour-long set was recorded live in Yamaguchi City, Japan, in 1994 (two years after the concert that became 1992’s Cosmos Has Spirit) but it’s a timeless language that could have dated from 2014 or 1974. Toyozumi sometimes plays staccato rim rolls or quick cymbal splashes but more often pushes with purpose. Smith is heard on trumpet, bamboo flute, koto, voice and percussion. The recording is a bit boomy but the playing is focused and as the ’80s-early ’90s are comparatively underrepresented in Smith’s discography, it’s good to have.
Somewhere between the realms of Composer Smith and Improviser Smith lies the material that makes up Wind Crystals, an album of guitar duets by Eugene Chadbourne and Henry Kaiser. The disc opens with a recording from 1977 and closes with a 2017 rendition of the same work (the title piece). The high point comes just before the end, with wonderful banjo and slide guitar interaction on “Pacifica”. It could be to Smith’s credit as a composer that he wrote so well for two such evocative players, or the players’ credit that they found so much of themselves in the scores. Either way, it’s another strong offering in the seemingly endless meadows of Smith’s mind.

For more information, visit tumrecords.com, nobusinessrecords.com and relativepitchrecords.com. Smith is at Roulette Jun. 11th as part of Vision Festival and The Stone at The New School Jun. 25th-29th.